UNBELIEVABLE: VIDEO – Popular TV Pastor Announces The End Of His Marriage To The Congregation After This… See Video before you pass judgments 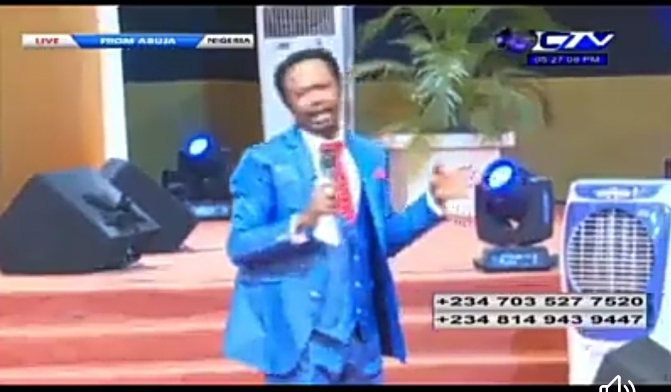 Pastor Iginla confessed before congregation he committed adultery, while announcing an end of his marriage to his wife, Yemisi.

According to the man of God, the duo are guilty of infidelity in the marriage, which was allegedly started by his wife, before he decided to pay her back.

But after he had another child outside of their marriage, his wife began to make life unbearable for him, he said to his congregation on Sunday.

“When my wife cheated and had an ‘unholy’ child, I covered her up but when mine happened, she started blackmailing me.

‘This is why I urge us to pray for our leaders. Its not easy for me to come out in public to say this, but I warned my wife, she didn’t listen rather she preferred to turn me to a laughing stock”

–
My wife and I have children outside marriage, says popular Abuja pastor, Joshua Iginla

Popular Abuja-based pastor, Joshua Iginla, has admitted that he and his wife, Yemisi, both had children out of wedlock.

Iginla, who is the Senior Pastor of Champions Royal Assembly, who spoke to his congregation during a Sunday service, said when his wife brought an illegitimate child into their home, he forgave her, but that she refused to forgive him when he had his own child with another woman.

The cleric, in a video that has since gone viral, stated that though he had tried for seven years to “stable the vehicle,” it had resulted in a battle with his family members and disciples.

ALSO READ:  BREAKING: Uwazuruike Is Dead, To Be Buried On Saturday 25th January

He told his followers, “I and your mother in the Lord met and we had a wonderful marriage; before we got married, we started by checking our genotypes. She was AA and I was AS. We had our first daughter, a wonderful child, and eventually we discovered she had sickle cell anaemia. I receive healing for people here with sickle cell and God has been doing miracles.