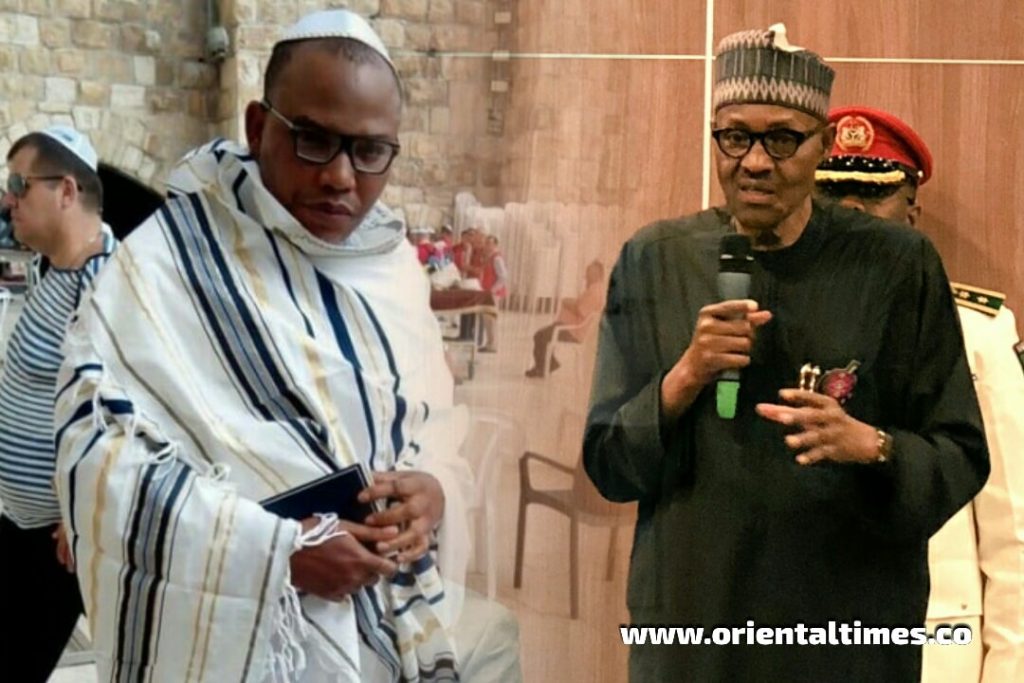 Ovuozourie Macaulay, former Secretary to the Delta State Government (SSG), has said with the current situation of the economy, Nigeria is “a country waiting for her final burial”.

Speaking on the state of the nation with journalists during the week in Isoko, Delta State, Macaulay said he had “prayed for somebody who can come and salvage us from our present woes as a nation, because the country as it is today is only waiting for its burial, because it is a dead country economically, security-wise, and otherwise”.

According to the one-time Delta State Chairman of the Nigeria Labour Congress (NLC) and the Nigeria Union of Journalists (NUJ), the present administration is “a monumental failure”.

Speaking further on the President Muhammadu Buhari-led administration, Macaulay, a member of the Atiku Abubakar Presidential Campaign Organisation, said: “It is only a lazy man that complains of his bad tools. Jonathan has done his best and he’s gone and you told us Jonathan was not doing well and you want to come and make things better. The bottom line is that the current APC government should admit that they have failed.

“Let me remind President Buhari of one thing. As a Christian — and I believe it is in the Koran too — the power of life and death is in the tongue. Let him search his mind if he ever said he was going to do one tenure to correct things and go away. Let him stick to that. Buhari’s government has performed far below expectations and the country is dying. We are appealing to the APC government to be democratic and ready to accept defeat. We must all defend our votes come 2019 and the security agencies and the Economic and Financial Crimes Commission (EFCC) must not allow themselves to be used.

“You cannot be going after everybody for saying the truth and telling your government the truth of what you are doing that is wrong. Obama took over the affairs of the United States at a time their economy was crumbling, and what he did when he came in was not to crumble it further but stabilized it where he met it and from there they started building on it and took it back before he left office. In this case, four years the economy has worsened, so you didn’t have the solution, so, in the first place you lied when you said you have the solution.”

On PDP’s 16 years of governance, Macaulay stated that: “When they say PDP wasted 16 years, the first question you ask is ‘who were those in the PDP that they are talking about and where are the people now?’ Adams Oshiomhole cannot write his history without giving some credit to the PDP as it were, because the PDP governor in Edo State handed over to him. So, if PDP was that power drunk, it would not hand over to him.

“Show me those in the All Progressives Congress (APC) today who do not have a link to the PDP. There is none. Is it Rotimi Amaechi? All his life has been PDP. In the House of Assembly, he had eight years and as governor, he also had eight years. This is his first time in APC so we don’t even have his records as an APC member. Yet, the records available to history today are his 16 years in PDP, because he has not finished his tenure in the APC so, he cannot write his history in APC.

“Godswill Akpabio has just gone to meet them in APC. All his life as commissioner, governor was with PDP. We can go on naming all of them as products of PDP so, if they are accusing PDP of bad administration then they themselves are the first people to be punished for it. How do you compare a bad administration and a good administration?

“The impunity in PDP that killed the party then has been taken over by the APC and multiplied. PDP is having the mass support today because people now see that we have learnt our lessons. APC is in disarray today and the people have now built more confidence in the PDP.”   – SaharaNews

2019: Do not go into debates with Atiku – UK advices Buhari.