A member of the Board of Trustees of the All Progressives Congress and former ally of President Muhammadu Buhari, Buba Galadima, has condemned the freezing of bank accounts of #EndSARS promoters.

A Federal High Court sitting in Abuja had granted the Central Bank of Nigeria’s request to freeze the accounts of 19 individuals and a public affairs company linked to the #EndSARS protests.

According to details of the order seen by SaharaReporters, the request, filed by the apex bank on October 20, was granted by Justice Ahmed Mohammed.The court order was addressed to the head offices of Access Bank, Fidelity Bank, First Bank Nigeria, Guaranty Trust Bank, United Bank of Africa, and Zenith Bank.

ALSO READ:  (VIDEO NEWS) XENOPHOBIA: When A Govt Is Insensitive To Matters That Requires Actions, The People Takes Laws Into Their Hands - See Videos

Speaking on Monday while featuring on Arise TV’s The Morning Show programme, Galadima said the action of the Buhari-led government was a gross violation of rights and an attack on Nigeria’s democracy.

He said, “What the government has done is not right. It has no such right or powers to block bonafide Nigerians from travelling out of the country or from accessing their (bank) accounts. Blocked for what? What have they done?

“These young men were peacefully protesting the actions, omissions or commissions of government. Why do you, after you persuaded them or after agents of government allegedly attacked or killed them, follow this draconian disposition of blocking their accounts? That is not constitutional.

“I’m sending this message to Mr President whether he knows or he doesn’t know, let him be shown what I am saying. His people have no right to do what they are doing. Please, they should desist and unblock the accounts of these young people and allow them to carry on with their normal activities as Nigerians. You cannot harass them, we are in a democracy, we are not in a military regime.”

ALSO READ:  "I Am In High Spirit" - Sowore Charge Supporters To Remain Resolute And Not Give Up Hope For A New Nigeria 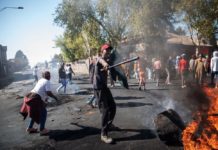 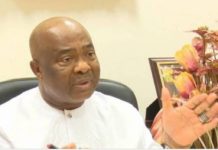 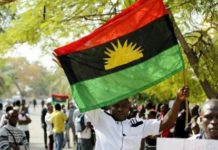 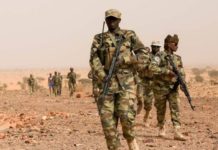