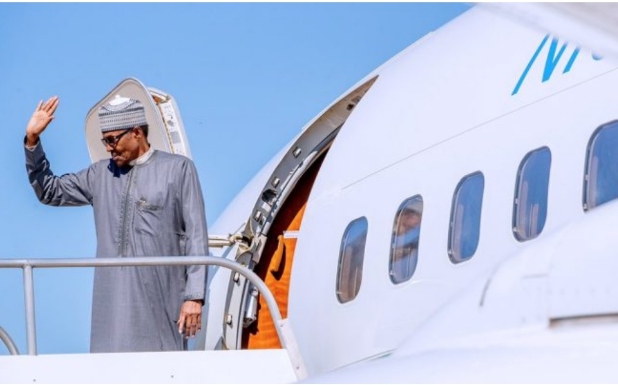 This followed his successful participation at the just concluded 74th Session of the United Nations General Assembly (UNGA74) in the United States.

The President’s arrival from the New York was announced by his Personal Assistant, Bashir Ahmad, in a tweet sighted by SaharaNews on Saturday.

“President @MBuhari returns to Abuja after his participation in the 74th session of the United Nations General Assembly #UNGA in New York, the United States”, he wrote.

SaharaNews preports that Buhari departed Nigeria on Sunday, Sept. 22, 2019 to participate in the United Nations programme, which saw over 189 head of states in attendance.

While in New York, the president had several bilateral meetings with Bill Gates, Aliko Dangote, President of Portugal, US Army Chief, amongst others.

He also participated in several high-level events as part of the sidelines of the UNGA74, including one co-hosted by the EFCC, on Thursday.