JUST IN: Prove that you are not involved in the millions of… 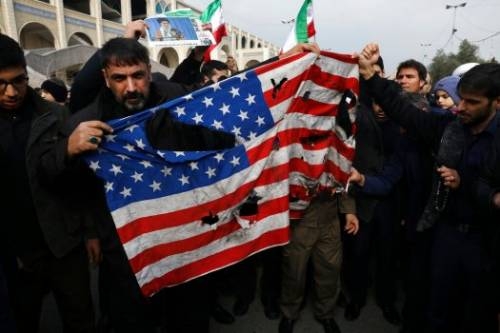 SAHARANEWS – The United States has ordered its citizens to immediately move out of Iran after American Forces killed a top Iranian commander, Qassem Soleimani, in Baghdad, on Friday.

In a travel advice by the US Department of State on Friday, Americans were told to leave while all consular operations in Iraq has been suspended.

In a post on Twitter, the US said, “Due to heightened tensions in Iraq and the region, we urge US citizens to depart Iraq immediately.

ALSO READ:  If Killer Herdsmen, Insurgents Can Be Rehabilitated, No Soul Deserves To Be In Prison— Nnamdi Kanu

“Due to Iranian-backed militia attacks at the US Embassy compound, all consular operations are suspended. US citizens should not approach the Embassy.”