Nnamdi Kanu: There is injustice in this country — Father… 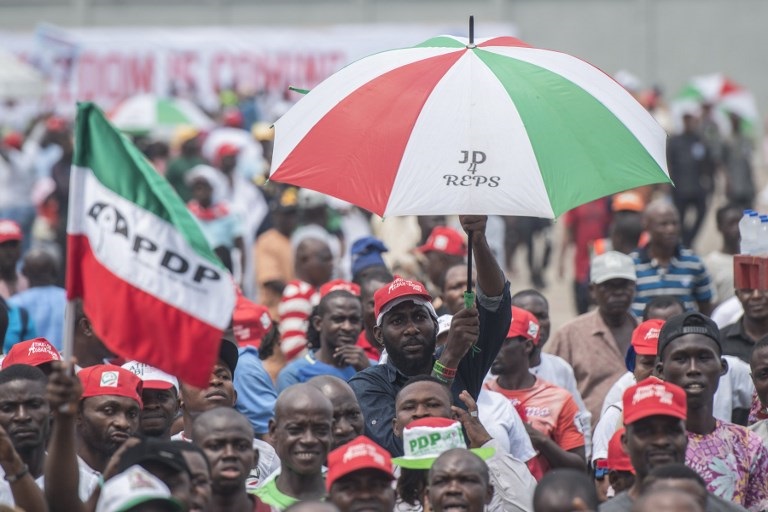 SAHARANEWS – At least five persons lost their lives and several others sustained varying degrees of injuries on Wednesday after suspected All Progressives Congress thugs disrupted a campaign rally of the Peoples Democratic Party in Nembe Ogbolomabiri under Nembe Local Government Area of Bayelsa State.

During the violent invasion, a staff of the Bayelsa State Broadcasting Corporation known as Simon Onu, was killed by a stray bullet.

Four other persons said to be supporters of the PDP and indigenes of Nembe-Ogbolomabiri community were also killed during the violence, which equally saw a policeman being shot in the leg.

ALSO READ:  BREAKING: Gen. Buhari Reacts To The Mass Killing Of Christians On Christmas Eve By Islamic Terrorists In Nigeria

The attackers, it was also learnt, opened fire on the protocol bus of the Bayelsa State Government House along the junction between Bassambiri and Ogbolomabiri.

Some journalists were also caught in the violence as many of them sustained injuries and were only rescued from the scene by the military.

Confirming the incident, spokesperson for the Nembe Chiefs Council, Nengi James, said there was a clash between rival supporters of the PDP and APC in the area, resulting in the violence.

Police Public Relations Officer in the state, Asinim Bustwart, was yet to respond to questions by our correspondent as of the time of this report.

Reacting to the development, National Vice Chairman of PDP (South-South), Elder Emmanuel Ogidee, described the incident as unfortunate despite the peace accord by all political parties.

ALSO READ:  JUST IN: The influences of the Northern cabals will die with APC, I can assure you, there will be no cabal in my government as it will all inclusive - Atiku.

He said, “We want the Federal Government to take action. We want them to bring those involved to book.”