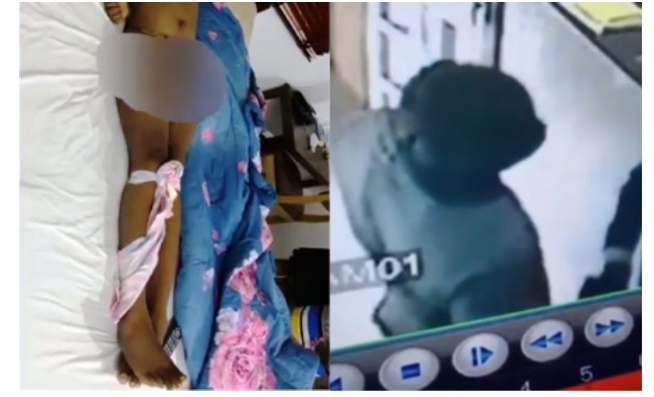 Another unidentified lady has been killed  in a hotel room in Rivers State.

SaharaNews gathered that the latest incident happened on Monday night and the body of the victim was discovered on Tuesday morning, inside the room of the hotel located along Stadium Rd, Rumuomasi, Port Harcourt.

This time around, the man suspected to be the killer was captured by the hotel’s CCTV. According to the video, currently being analyzed by the police, the duo checked in around 11:30pm on Monday.

ALSO READ:  How police brutalised Enugu monarch, wife, whisk them away from palace

However, the alleged suspect left alone the following day. The lady was later found tied up and strangled after the suspected serial killer had already left. The Rivers State police are currently handling the situation.

“No IPOB Member Was Killed Under My Watch As A Governor, Am Certain They Will Not Attack Me Abroad” – Chris Ngige