BREAKING: Oshiomhole Ordered DSS To Push Okorocha Out Of His… 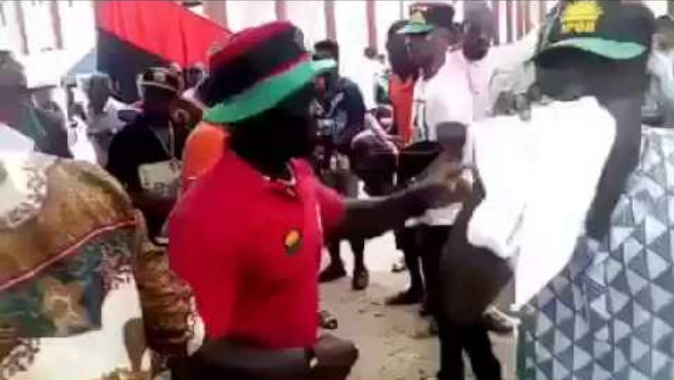 In a viral video trending on social media, the German television allocated hours educating Germans what the members of Indigenous people of Biafra (IPOB) seek from the government of Nigeria

IPOB, according to Nigerian ambassador to Germany, Yusuf Tuggar, is fully registered in German affirming their operation as legitimate.

Yusuf disclosed this in an interview published by Premium Times over the attack on Ike Ekwerwmadu in Germany.

I Just Found Out That My Boyfriend, My Pillar Of Support Is A Dustbin Parker.