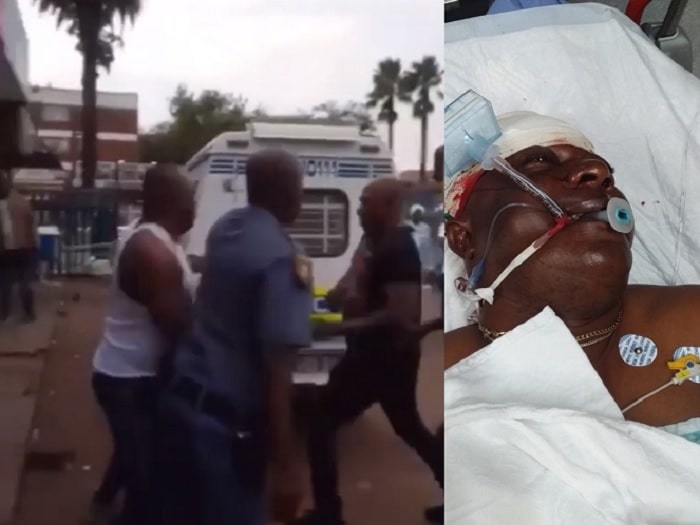 SAHARANEWS – An unidentified Nigerian man smashed the head of another man reported to be his brother with a huge stone, killing the victim immediately in South Africa.

In the video which has now gone viral, the man was visibly angry and as well uncontrollable as he picked a stone and smashed his brother’s head.

Policemen watched helplessly as onlookers fruitlessly tried to separate the fighting duo before the assailant freed himself and picked up the stone that he used to kill his brother.

See the video below: