You will become president after me, Tinubu tells Nigerian… 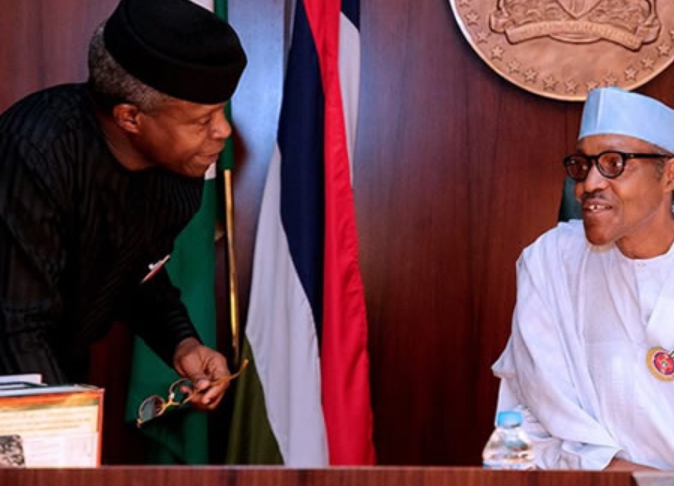 SAHARANEWS – The vice president of Nigeria, Professor Yemi Osinbajo has reacted to different series of funny memes made of him and other political leaders, described them as creative and funny.

While speaking during a dinner with some members of the All Progressive Congress at the Villa, Osinbajo pointed out many artistic creations by Nigerians used to express their dissatisfaction towards the APC-led administration.

In what appeared to be an entertaining moment for the ‘suppose to be worried leaders’ in a video analysis by the Senior Advocate of Nigeria and Minister of the Redeemed Christian Church of God, showed many laughing to the ‘moon’.

Expressing a clear conscience, Osinbajo noted that he believed firmly in press freedom noting that the various messages passed through the memes “deliberate or advertent lack of curiosity about facts”.

I see quite a few memes that “roast” me on social media and to be honest, I find some of the creative and funny.

For example, it appears every photograph of me talking to the President must be characterized as though I am saying something mischievous.🤦🏾‍♂️😂 I am either trying to get Peter Obi into “trouble” or dancing next to the popular musician “Rihanna” 😂😂😂

I am a firm believer in the freedom of the press, whether it is responsible press or irresponsible press. What is often lacking though is the deliberate or advertent lack of curiosity about facts.

See the issue on the President’s WAEC certificate, one would have thought that a simple investigation by the media houses would establish the truth or falsehood of the matter.

With the ubiquity and anonymity of social media, everyday problems of a free press are becoming complex. There was a video of an occurrence in India showing some people jumping out of a burning high-rise building in May.

This provocative and FAKE video had a woman cursing the President and I, our families and generations.

ALSO READ:  I want to have 30 children before 2023, says Rep majority leader as he welcome 28th child

My elderly Aunt called me in February just before the elections and asked why I resigned. I told her I didn’t but she was convinced and insisted I did because she had read it on WhatsApp.

Media is powerful, social media is perhaps, even more so.

I am thankful for the help and support we get every day from the press and to say for good or for ill, at all times, whether you report nicely or not so nicely, we will always be friends and partners.

“Nnamdi Kanu’s Approach, Methodologies, A Big Threat To The Unity Of Our Beloved County, I Wish To meet Him In Person” – Obasanjo

(VIDEO) ALART: Frustrated Team Of Army And Police Hunting For IPOB members To Kill Or Kidnap On Saboteur Day