BIAFRA: As Long As Your Demands Are Known And Recognized By… 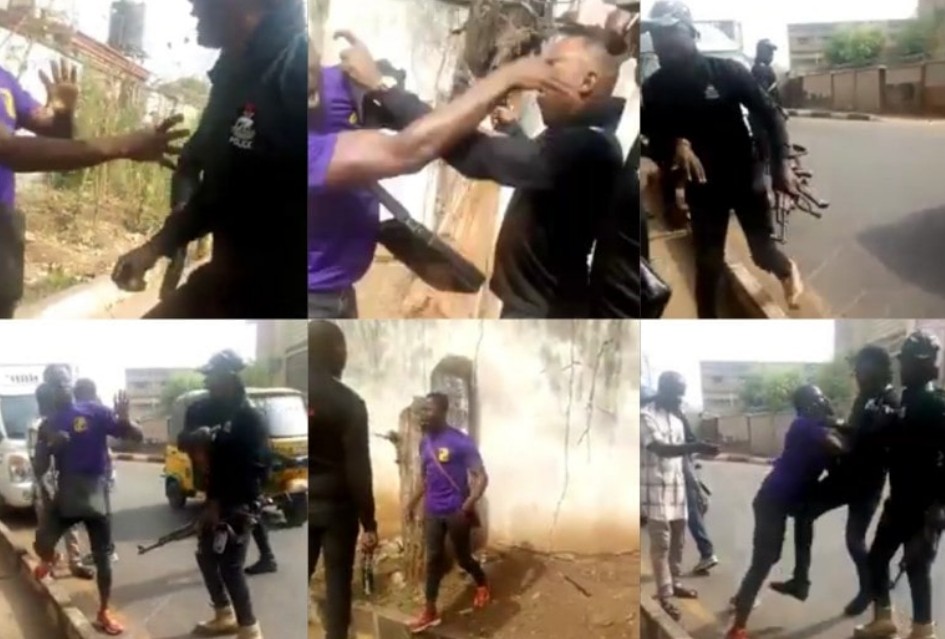 SAHARANEWS – The three policemen spotted in a viral video assaulting a young man identified as Justice Obasi for refusing to unlock his iPhone in Enugu, have been arrested in line with orders of the Inspector General of Police (IGP) Adamu Mohammed.

According to the Nigerian police, the three erring police officers who were arrested after being traced and identified by the Enugu State Police command, are currently in custody pending the commencement of their Orderly Room Trial – an internal disciplinary procedure of the Force.

Recall that SaharaNews has earlier reported that Mr Justice Obasi, an interior designer was accused of being a yahoo boy and was beaten up by some Overzealous police officers in Enugu.