Fulani bandits kill three policemen and a civilian in Niger… 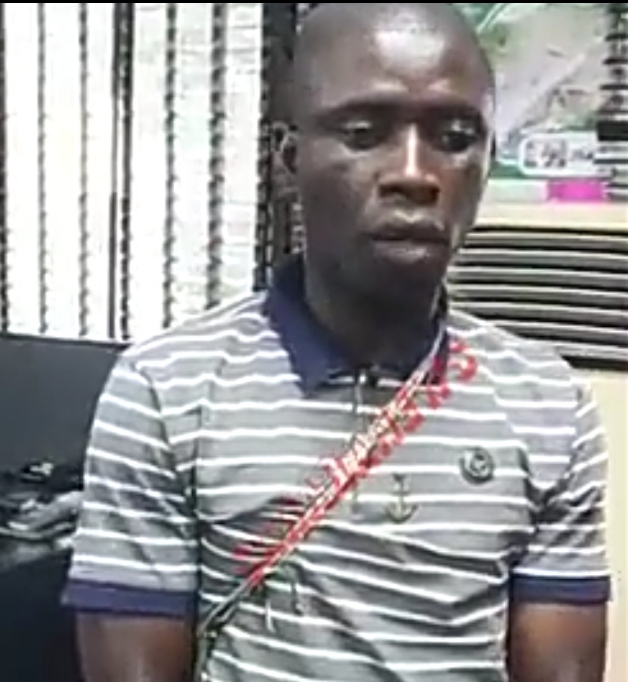 SAHARANEWS – Gracious David West, the Suspected Port Harcourt serial killer reportedly has told the Nigerian police that he used pillowcases to tie a victim to death.

Relating to his last operation, he said the pillow was used before she was allegedly killed in a hotel room in Rukpokwu, about 18 kilometres from Port Harcourt, the Rivers State capital city.

26-year-old West, whom the police said is a cultist of the Degbam Fratanity, was arrested along East-West Road en route to Uyo from Port Harcourt on Wednesday evening.

According to conversational video to the police, posted on official Twitter handle (@policeNG), West revealed he had transactional sex with a nameless victim. Hours later, the victim was killed.

Although, the video which was tagged “confession of a serial killer.” on the police Twitter did not contain West’s explicit admission of the crime.

“We went to the hotel,” West said in the confessional video. “I paid for the place. So they took her up [to the room].”

He said he ordered for food to be prepared for him and the victim after which they “slept,”, which seemed to be a euphemism for having sex.

The crime, he told the police, was committed in the early hours of the following morning.

“With that fear, she couldn’t shout. By then, the television…the volume was loud. So she kept quiet. After that, I used the wrapper to tie her hands at the back and then tie her legs.”

When asked by his interrogator, who was off the camera what sort wrapper he used, West said he did not use a wrapper but pillowcases.

“Investigation is on with a view to ascertaining his motives and possible accomplices,” police said on Thursday evening.

Nnamdi Kanu Urges The United Nations To Prevail On Buhari To Release Sowore, El-Zakzaky And Others Unlawfully Detained By Nigerian Govt