(VIDEO): +Protest Over The Killing Of Footballer, Kaka Turns Bloody As Police Shoot One Dead 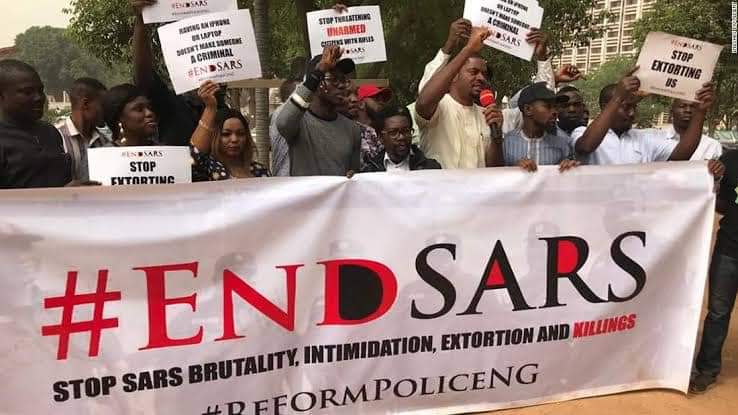 SAHARANEWS – Residents of Sagamu, Ogun State have begun protesting the death of a footballer signed to Remo Stars FC.

Tiamiyu Kazeem was allegedly pushed from a police van to an oncoming vehicle on Saturday. He died moments later.

The defender was said to have had a scuffle with the police along Sagamu over his identity after being allegedly branded an internet fraudster.

One person is said to have been killed after the protest turned violent on Monday.

ALSO READ:  If They Fail To Give Us Biafra, Somalia Will Look Like A Paradise - Nnamdi Kanu

The protesters were at the palace of the Akarigbo and the Paramount Ruler of Remoland, Oba Babatunde Ajayi, carrying placards and demanding justice for the deceased.

Police have denied culpability in the incident, saying the footballer jumped out of the vehicle of his own will.

Former Ogun governor, Gbenga Daniel, was at the palace to calm the protesters.

A member of the House of Representatives representing Remo Federal Constituency, Adewunmi Onanuga, and the state Commissioner for Women Affairs and Social Development, Funmi Efuwape, were also at the palace to appeal to the protesters.

Policemen have been deployed in the town to restore order.

BREAKING: NSA, Monguno Shuns Meeting With Service Chiefs After Discovering Buhari Is Not In Charge