The Reason why our leaders fail is because they bring tbeir… 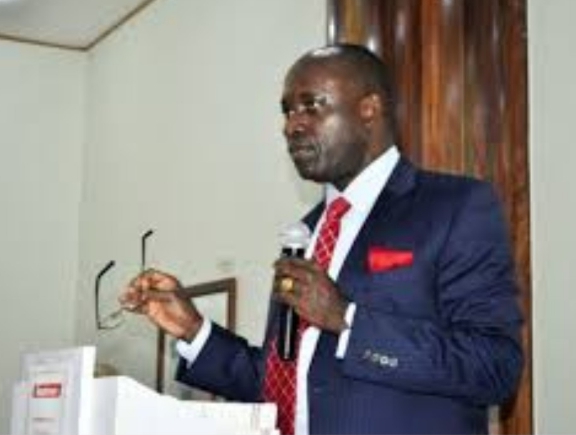 SAHARANEWS – A former governor of the Central Bank of Nigeria (CBN), Professor Charles Soludo, says it is important for Nigeria to be innovative.

He explained that this was necessary for the country to remain relevant among the comity of nations, noting the signing of the African Continental Free Trade Agreement (AFCFTA).

“The implication (of the signing) is that insularity will no longer be an option; the name of the game of the future in an increasingly integrated world is innovate, compete or die,” Soludo said while giving a speech at The Platform, an annual programme organised by the Covenant Christian Centre.

He noted that the world was already on the fourth industrial revolution with the digital economy while Nigeria was struggling with the basic stages of growth.

“While electric cars are fast replacing diesel and petrol cars, many of our people are still building petrol stations.

“The ordinary people who can’t explain what has hit them resort to all sorts of criminal activities to survive. Economic structuring will entail thinking through the alternative scenarios and mapping out to alternative possible proactive responses,” the former CBN boss added.

The economist, however, said it would be difficult to have a competitive and prosperous post-oil economy of the future with additional hundreds of millions of Nigerians in the coming years.

He stressed the need for Nigeria to improve its legal institutional foundation which he said has been designed for the consumption of oil rent.

The former CBN governor insisted that the country must completely shift from depending on oil sale as a source of revenue.

He explained that a post-oil economy requires that stakeholders maximise their full potentials, stressing that it was impossible to build a 100-story building on a foundation of an old bungalow.

Soludo, however, said the responsibility was not for the Federal Government alone but should be a collective effort from every citizen.

According to him, the nation needs to focus on wealth creation rather than sharing and consuming oil rent, paving the way for a new national business model.

“The link between law, constitution, institution, and judiciary and the economic transformations seems to be the weakest link in our design of national agenda,” the economist said