BREAKING:Nigeria In Serious Crisis, Its Existence Under… 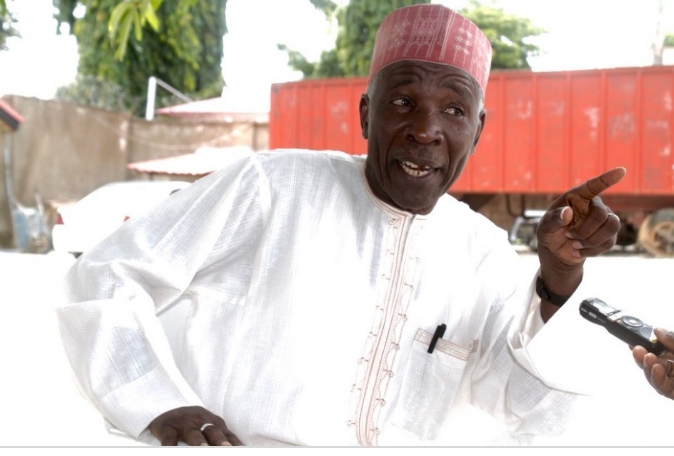 SAHARANEWS – Engineer Buha Galadima has claimed in a spotted video by an online blogger, Naija eye, said the man in Aso Rock is not General Mohammadu Buhari, adding that he may be Jubril or not, but not Buhari they knew. Watch video.

Meanwhile, Mr. Bolaji Abdullahi, Former National Publicity Secretary of the All Progressives Congress, APC, reportedly has shared his reasons the Muhammadu Buhari Nigerians voted into power in 2015 is not the same President at Aso Rock today.

Abdullahi, who was part of the mass defection from the ruling party, called on Nigerians to jump out of Buhari’s train, adding that the man presiding over the affairs of the nation today was not the leader Nigerians trooped out enmasse to elect in 2015.

He said this November 2018 during electioneering, in a chat with Vanguard in reaction to the vote of no confidence passed on President Buhari on Sunday by leaders of the Northern Elders’ Forum.

The Director, Communications and Strategies of the PDP, Presidential Campaign Organisation gave reason while he was not joining the cloning debate, but insisted however, that Buhari had dumped the principles for which he was widely adored.

In his words: “Some of us risked our political careers to rally round Muhammadu Buhari in 2015 and today we have realised that we are in a one-chance vehicle. But I say that having realized where we are, it is time to get down from that one-chance vehicle.

“The Northern Elders Forum was one of the strongest supporters of Buhari in 2015 but they have now realised that the Buhari we have today is the not the Buhari they voted for in 2015.

“The Buhari most of us risked our political careers for was the Buhari whose memory we carried with us since 1983. That Buhari had zero tolerance for corruption and was a strong -willed leader.

“But the Buhari of today has been receiving corrupt people into his party who are hoping he will give them cover. Today, the position of the Northern Elders Forum has vindicated some of us who saw the wisdom in leaving the party (APC) to join the crusade to rescue Nigeria.”

“We Smell Blood And Are Closing In For The kill, Jubril-Buhari Is Encircled And Trapped By IPOB” – Nnamdi Kanu