How floods hindered us from providing food for Nigerians —… 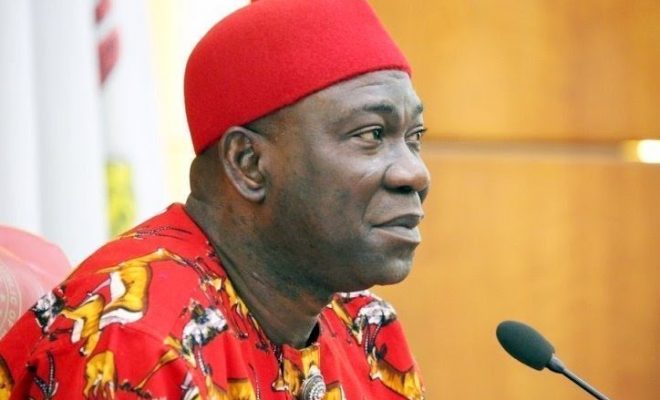 Former Deputy Senate President, Ike Ekweremadu, has said people in the South-East will not vote for Peter Obi, presidential candidate of the Labour Party, despite calls for Igbo presidency.

Obi had dumped the Peoples Democratic Party three days before its presidential primaries, for the Labour Party, claiming that there was a ‘variance’ with his personality and principles.

Reacting in a video trending on social media, Ekweremadu said though Obi is from the South-East region, the people from the geopolitical zone will not vote for him (Obi).

He noted that voting Obi in the coming presidential election is more like throwing away votes considering the political party the latter is now affiliated with.

Ekweremadu said the South-East will rather vote for Atiku and support the PDP because its vice-presidential candidate, Ifeanyi Okowa is from the region.

But Ekweremadu noted that people in the region need not cast votes based on sentiments, adding that Obi may be qualified, but the future of the people lies with the PDP.

He said, “I assure you that South-East will vote for the Peoples Democratic Party (PDP). I can guarantee that. No doubt Peter Obi is our son, but you need to be dynamic.

“You need to ask yourself, can Peter win the presidential election? Can the East afford to throw away their votes? “Can we afford to be sentimental in matters that concern our people, our children, and our future? No.

“We do not intend to do a thing which we will regret in future. So, while we believe that Peter is ably qualified, we believe that the future of our people lies with PDP.

ALSO READ:  If You can't Sacrifice A Day For Freedom, You're Worst Than A Dead Corpse - Chukwudi Eke

“So we need to make that decision as the leaders. I am going to sit with our people and explain to them.

“Okowa, of course, is one of us, so there is no difference between Okowa and Peter in terms of protecting the interest of the South. So, we will go and give the people of the South-East that opportunity.”

DRUG LORD:I Challenge you, if you were not involved in a heroin drugs ring in United States in 1991-1993.If you innocent take me to court. Reno Omokri Blast Tinubu