JUST IN: Certificate Of Return, Okorocha Is Reaping The…

VP, Yemi Osinbajo Exempt Self From Clamp Down On Social Media, Says The Move Is Unnecessary 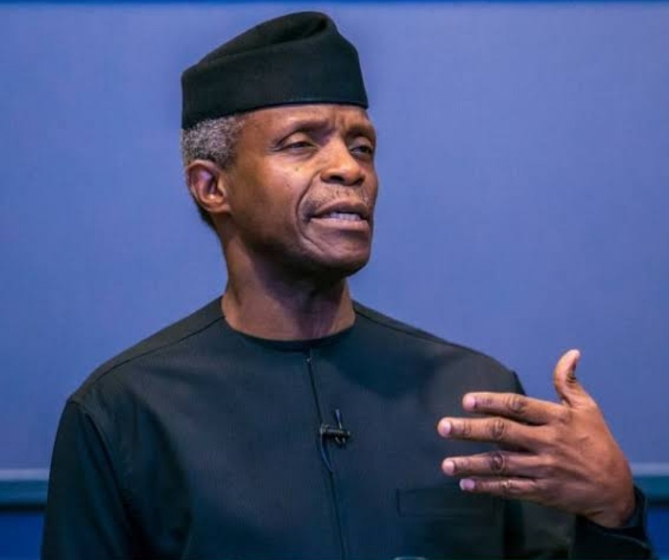 SAHARANEWS – Vice-President Yemi Osinbajo has cautioned Nigerians against the abuse of social media, noting that it can precipitate war and violent conflict if used to misinform.

He specifically warned against using social media platforms to promote religious disinformation, which he said could easily lead to a breakdown of law and order.

Osinbajo, who stated this in Abuja on Thursday during an inter-faith tolerance dialogue organised by the United Arab Emirates, explained that he did not subscribe to regulation of the social media by the government.

He called on religious leaders to go beyond talking about tolerance to making sacrifices that were required.

Osinbajo said, “As religious leaders and media personalities, also as people of faith in general, we share a common calling to apprehend the truth. We absolutely need to be careful in our use of social media and if we do not want to promote the kind of conflict that can go completely out of hand, we must be sure that we are policing and regulating ourselves, especially, with social media.

“I don’t think that government regulation is necessarily the way to go, but I believe that we as persons of faith and we, as leaders, and those of us who use the social media actively owe a responsibility to our society and to everyone else, to ensure that we don’t allow it to become an instrument of conflict and instrument of war.”