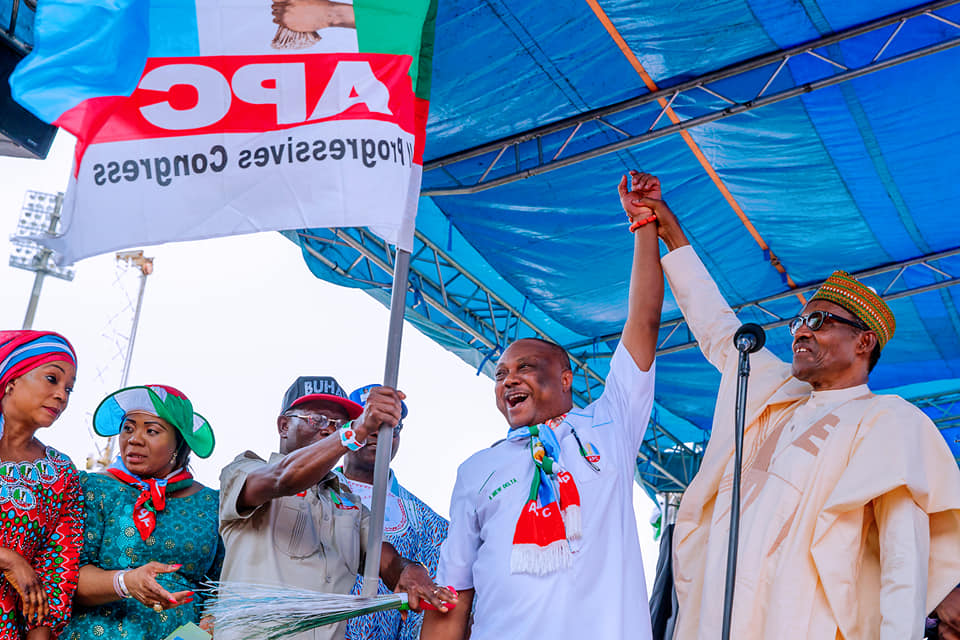 WARRI – President Muhamadu Buhari, on Wednesday, during the All Progressives Congress (APC) presidential campaign rally in Lokoja, Kogi state, made a mistake about the time he assumed office.
The president had said he assumed office on May 19, 2015, instead of May 29.
“I’m very impressed at this very short notice…you turned out for so many hours standing in the sun to see us and to listen to us,” Buhari had said.
“I assure you that I am very aware of your appreciation of the efforts for what we were able to deliver since came in 19th of May, 2015.”
Less than a day later, the president made another gaffe during the presidential rally in Warri, Delta state.

Buhari was to hand over the party’s flag to Great Ogboru, the state governorship candidate of the party.
However, Buhari said, “I am handing over this flag of honour to our presidential candidate.”
A man on the stage to his left corrected him, saying “gubernatorial”, but Buhari responded with “to our senatorial candidate”.
Again, the man corrected him, saying “gubernatorial” and this time, Buhari said “governortorial candidate”.
Watch the video below:

This happened less than 24 hours after some of the president’s critics concluded that he had a woeful outing at the town hall meeting anchored by Kadaira Ahmed, media personality.