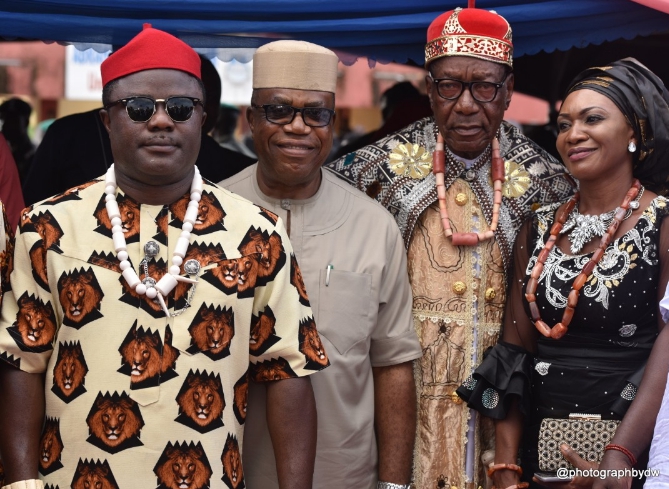 SAHARANEWS – The Igbo apex group, Ohanaeze Ndigbo protested for the urgent rename of the country Nigeria to a better and positive name.

The Igbo socio-cultural organization noted that the change of became necessary “as the name, Nigeria, connotes lack of progress, corruption and darkness.”

This was disclosed by the group’s deputy spokesman, Comrade Chuks Ibegbu in a statement detailed that the name, “Nigeria was given to us by a lover of Lord Lugard who later became his wife and was given at the heat of passion.”

Stressing further, it said “Many countries in Africa , Asia and even Europe changed their colonial names after independence but we foolishly stuck to the name with all its attendant minuses,”

It also challenged Nigerians to have an immediate Conference where different indigenous names could be agreed upon as the new name of the country, insisting that

It also called Nigerians to organize a conference to enable them agreed on what name to answer,insisting that “unless we change our name , our numerous problems may have no solution because there is something in a name.”

While comparing, he said “Though the name Igbo was not given to us by anybody if any day we find out any question mark on it we shall change it . We are not Ibo but Igbo and Ndigbo. All colonial vestiges should be expunged by the indigenous African people,”.