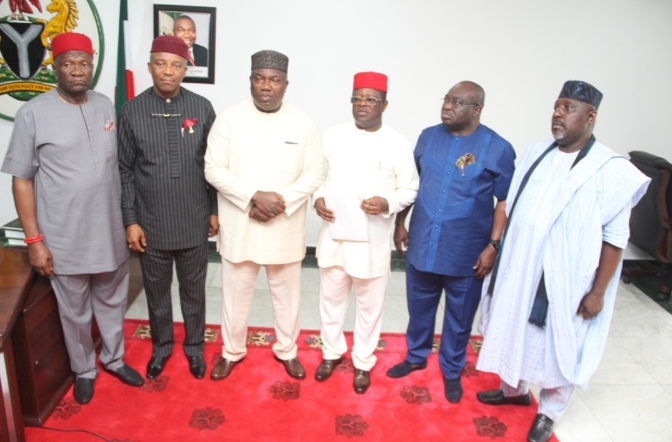 SAHARANEWS – The Chairman of the South-East Governors’ Forum, David Umahi, who is also the Governor of Ebonyi State, has said there is enough window for negotiations because governors of the region are open and available for peace.

Speaking to one of our correspondents through his Chief Press Secretary, Emma Uzor, Umahi said governors of the region had in the past shown solidarity with the IPOB leader, saying they were still “very willing to sit down with him (Kanu) again over this current issue.”

He said, “The Operation Python Dance, which Kanu is alleging that the governors brought to the zone was beyond the governors themselves; they rallied round him and advised him then, even though he didn’t take their advice, but rather accused them of bringing the military into the zone.

ALSO READ:  We Destroyed Nigeria When We Sabotaged Jonathan's Government And Wrongly Forced Him Out, Now We Deeply Regret Our Actions - Timi Frank

“Kanu lied against the governors over the Operation Python Dance in the zone then. The armed forces are under the supervision and instruction of the President, not the governors.

“There is still enough window for negotiations and the South-East governors are open and available for peace. Nnamdi Kanu is our son; nobody would dare to kill him, because he is an Igbo man. Although we disagree to agree, there must always a meeting point.

ALSO READ:  'I feel so sad' — Umahi reacts as Ebubeagu torture man to death in Ebonyi