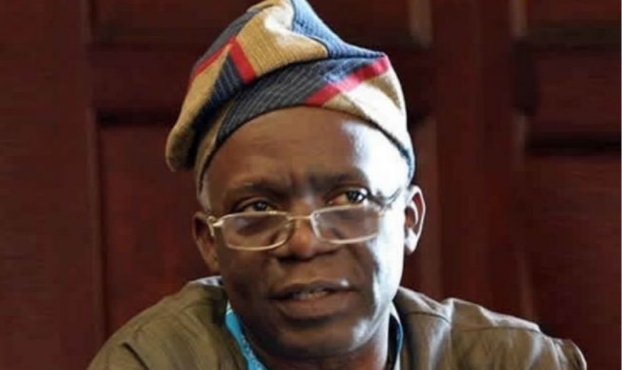 Femi Falana (SAN), renowned human rights lawyer, has stated that many political leaders in Nigeria have called for revolution at one point or the other, and the call for revolution in the country is not new.

Falana stated this on Monday, August 19 while speaking at a symposium organised by Coalition for Revolution (CORE) in Lagos.

He said: “Let the authorities in Abuja know that call for revolution is not new. Political leaders in this country have been calling for revolution and nobody charged them.

“When Nigeria was at this stage in the 1940’s, a group of young Nigerians, the Zikists, gathered at Glover Hall (Lagos).

“Their leader, Osita Agbonna, delivered a lecture titled “A Call For Revolution” and those who shared the same thoughts with them were arrested and charged with sedition, that they were trying to embarrass the colonial regime.

“They were not charged with treason or treasonable felony.”

Falana further stated that he was reminded of the era of military dictatorship when the venue of the symposium was cordoned off by the police and State Security Services earlier on Monday.

He said: “When we were outside and were told the symposium will not hold, my mind went back to 30 years ago during the Babangida and then the Abacha junta when we could not meet.

“We defeated both dictators and I can assure you that any other dictator will not be allowed to rear his ugly head.”

The legal luminary said those disturbing the peace of the country were known by the government.

He said: “The Buhari administration knows those who are breaching the peace of Nigeria- terrorists, armed robbers, herdsmen, coup plotters and others.

“Those who went on the street to protest in exercise of their right to assembly and complain against injustice, corruption and maladministration in our country cannot be said to have breached the peace in our country.”

Falana pointed out that revolution is a long and tedious journey, and urged members of the Revolution Now movement to persevere.

He said: “A revolution, like Chairman Mao Tse Tung said, is not a dinner party. A revolution is a very serious, rigorous and consistent battle for the soul of a country.