Insecurity Was Worse Before We Came To Power, Politicians… 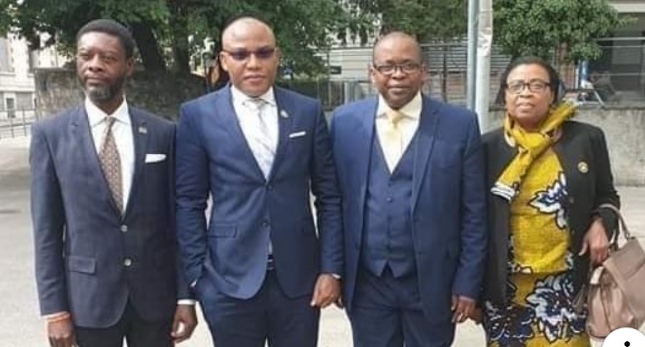 SAHARANEWS – The Supreme Leader of the Indigenous People of Biafra, Mazi Nnamdi Kanu, had on Wednesday the 18th of September, 2019, disclosed why some of IPOB’s diplomatic onslaughts are kept from the public. Addressing Biafrans who circled him as he emerged from a meeting with UN officials in Geneva, the sage made it clear to the audience that the Nigerian government has been on serious moves to undermine IPOB’s efforts on the international scene.

Kanu who made a similar disclosure in the past week at the EU headquarters in Brussels, said, “At the EU Parliament, the Zoo sent two diplomats to stop us. Today they couldn’t send anybody to come and see us. You must all know that the Zoo is fighting very hard to stop us. So we have to be very careful in all that we do or else they will try to stop what we are doing.”

Recall that a few months ago when Kanu toured North America, the docile and subservient Vice President, Professor Yemi Osibanjo, suddenly zoomed off to the US. That sudden trip, observers believed, was a covert move to get the US government to pay a deaf ear to the Biafra cry. Remember his ear-scorching statement while there? It was all in an attempt to frustrate Biafra diplomatic engagements.

It is not surprising that the Nigerian government is fighting tooth and neck to torpedo the Biafra boat, spending Billions of dollars in the process, while back at home its citizens wallow in poverty, hunger and starvation precipitated by unemployment, epileptic power supply, non-payment of workers salary among many other governmental dysfunctions. The hate for Biafra outweighs the love for its citizens; consequently, the well-being of an average Nigerian is secondary.

ALSO READ:  What I Mean By ‘You Can’t Defeat Biafra’ – Soyinka

Expressing optimism, however, the Biafran leader added, “But they will not succeed.” Kanu and crew seem to be overpowering Nigerian government’s ploys, Nigerian agents having failed to intercept Kanu’s EU visit, and in the case of UN, didn’t try at all … a clear sign of an accepted defeat.