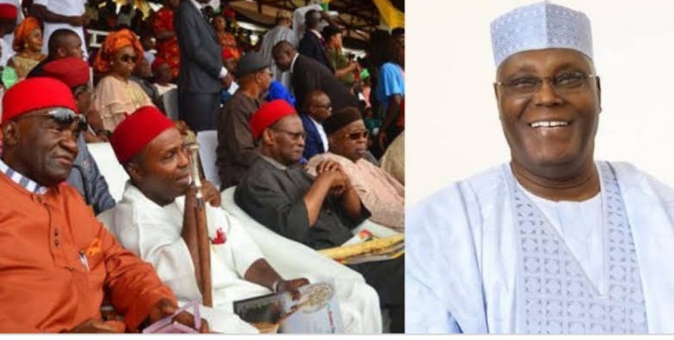 SAHARANEWS – APEX Igbo socio-cultural organisation, Ohanaeze Ndigbo, has adduced reasons why it will not congratulate President Muhammadu Buhari on his electoral victory at the Presidential Election Petition Tribunal.

It noted that those asking for a congratulatory message to the President from the group may need to wait a little longer as the apex Igbo organisation was not prepared to do that at least for now.Prior to the 2019 presidential election, Ohanaeze Ndigbo had endorsed candidature of the Peoples Democratic Party (PDP’s), Atiku Abubakar over Buhari of the All Progressives Congress (APC).

The group had explained that its position was informed by the choice of an Igbo man and former Governor of Anambra State, Peter Obi as Atiku’s running mate and Atiku’s promise to restructure the country. Ohanaeze wants restructuring of Nigeria.

Deputy National Publicity Secretary of Ohanaeze Ndigbo, Mazi Chuks Ibegbu told The Guardian yesterday that despite the tribunal’s ruling in favour of Buhari, nothing has changed in the country to warrant a congratulatory message from Ndigbo.Ibegbu said it would be premature to congratulate Buhari, when the Igbo have not met to review their pre-election stand, adding it was a matter of principle.

“Ohanaeze took a position before the election and until we are aware that the person that benefitted from that position is not moving ahead with the matter, it will be premature to send any congratulatory message to Buhari.

“Again, the National Executive Committee and Imeobi have not met to discuss the tribunal’s ruling. Ohanaeze Ndigbo is not a political party and will not be pressured into acting like one. Our interest is on what can benefit our people and our people said they want restructuring. Atiku promised restructuring if elected. Buhari did not and that made us to take the position.”

Continuing, Ibegbu noted that, “Ndigbo do not hate President Buhari and we don’t also have anything against him. It is a matter of principle and there are Igbo people everywhere. All we are saying is that Nigeria should be restructured to survive and anybody who is ready to do this will receive the support of Ndigbo.On the essence of restructuring, he stated that the recent xenophobic attacks on Nigerians in South Africa could have been curtailed if the youths had jobs in the country.

“Those returning to the country with little or no means of livelihood could have stayed back in the first place. There won’t have been need for them to leave the country in search of greener pastures. “We should have created the institutions that could employ them through the efforts of their various regions. That is what we are saying. So it has nothing to do with Buhari. All we want is something that should prosper the country at all times,” he noted

(VIDEO) BREAKING: Nnamdi Kanu Arrives Geneva Ahead Of Meeting With Some UN Officials