BREAKING: “If Any Biafran Die As A Result Of Operation… 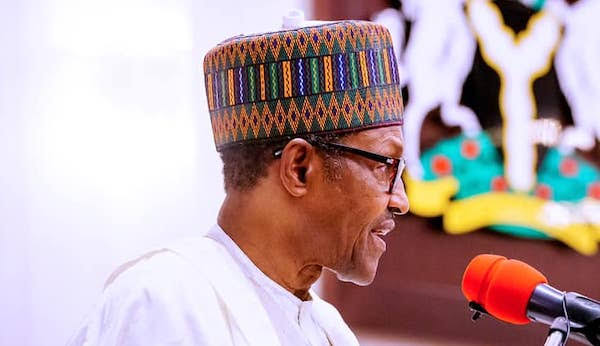 Nigeria’s President Muhammadu Buhari has claimed that his administration has lifted at least 10.5 million people out of poverty in the country in the last two years.

Buhari also insisted the Nigerian government will pull 100 million of its current population out of poverty in 10 years.

“In the last two years, we lifted 10.5 million people out of poverty – farmers, small-scale traders, artisans, market women and the like,” Buhari said in his 2021 Democracy Day speech.

Buhari first talked about the government’s plan in his 2019 Democracy Day speech.

The poverty rate in the country that year was 40.1 %, figures published by the National Bureau of Statistics showed. In plain terms, 4 out of 10, or 82.9 million people in the country were classified as poor.

The World Poverty Clock put the figure of the people living in extreme poverty back then at 77.9 million or 39% of the population.

However, despite Buhari claims of 10.5 million people escaping poverty in the last two years, statistics published by the World Bank predicted that the poverty in the country will rise because of population growth and the effects of the COVID-19 pandemic.

“The poverty headcount rate—as per the national poverty line—would remain virtually unchanged at a little over 40%, although the number of poor people would be set to rise from 82.9 million in 2019 to 90.0 million in 2022 due to natural population growth,” a World Bank report published in January shows.

Although President Buhari described his government’s measure at combating the pandemic as “successful,” the World Bank document claims “that the COVID-19 crisis alone is forecast to drive an additional 10.9 million people into poverty by 2022.”

Since becoming president in May 2015, Nigeria has entered an economic recession twice. Inflation has soared past a four-year high and the unemployment rate is spiking.

Buhari, however, acknowledged the impact of poverty and unemployment on his country’s present security challenges.

“We are, at the same time addressing the twin underlying drivers of insecurity namely poverty and youth unemployment,” he said on Saturday.

Still, he is upbeat about the prospect of reducing poverty in Africa’s most populous country.