How police officer stole rifle from colleague and sold it…

Biafra: IPOB shaves Igbo govs, say they are too small to… 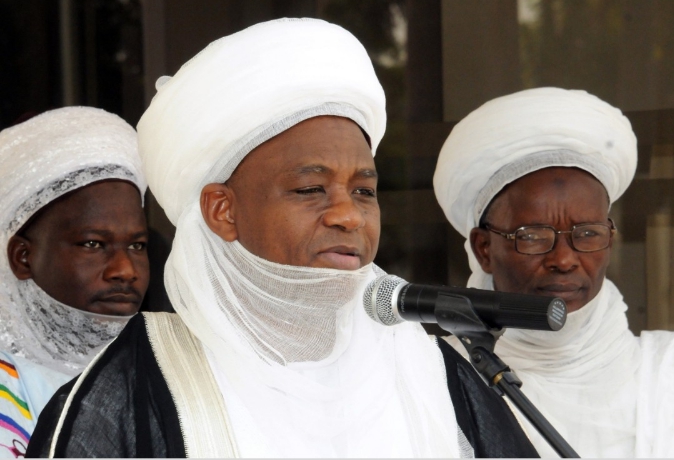 SAHARANEWS – The Sultan of Sokoto, Alhaji Muhammadu Sa’ad Abubakar, has told President Muhammadu Buhari and other office holders to fix the country.

He spoke in strong tone on Friday during the Independence Day Public Lecture held at the National Mosque, Abuja.

Expressing worry about unemployment and fate of youths in Nigeria, Abubakar quipped: “What is government doing about this?”

He said Nigeria was plagued with many issues of governance and other socio-economic challenges in spite of her endowment with human and natural resources.

“We should search ourselves where we are right now. Are we in the Nigerian nation of our dream? Can 200 million people say ‘yes’ this is the country which we desire? It is a question for which I don’t have answers,” Thisday quoted him as saying.

Referring to Buhari (represented by the FCT Minister, Muhammad Musa Bello) and other office holders the Sultan said: “Governance is not a one man show.

“It is for us to come together and move the country forward. As Muslims, we know the import of leadership. We should not be shy to ask our leaders to do the just and be just in handling the affairs of our people.”

He lamented that leadership failure was the reason Nigerian youths embark on the perilous migration to Europe, with many of them perishing in the desert and Mediterranean Sea.

The monarch noted that Nigerian youths are gainfully engaged, they will not be at risk of xenophobic attacks in South Africa, and the urge to migrate abroad would be minimised.

His words: “Our youths should be our pride. I say yes and no. Some of them have excelled all over the world in all fields and have won laurels.

“At the same time, some involve in criminality like banditry, insurgency and advance fee fraud. What pushed them into this, we must find out and correct. What is government doing about this?

ALSO READ:  “I don’t believe there is any logic in linking the killings in the South-East region to the movement for a Biafran nation.”--Ujam, UNN professo

“There was a programme by the previous government of Goodluck Jonathan, which built buildings across the country. What happened to that programme?

“Government should revive the programme and bring the children on the streets to school. Some of the children are victims of hunger and are looking for food. Islam does not allow begging”, he stated.