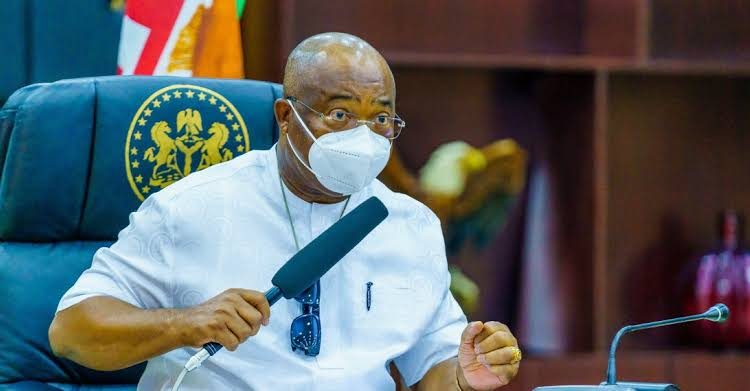 In what appeared to be a slip of the tongue, Hope Uzodimma, governor of Imo, says south-east leaders are supporting President Muhammadu Buhari because he is “insensitive” to the yearnings of Imo people.

Uzodimma said this on Thursday, while speaking on Channels Television on Buhari’s visit to the state.

Buhari had visited Imo to commission some projects executed by the Uzodimma’s administration.

Before the visit, the proscribed Indigenous People of Biafra (IPOB) had issued a sit-at-home order in the state, and said the president is not welcoming in the south-east.

ALSO READ:  I will lift Nigerians out of poverty — Buhari tells African leaders at AU Summit

Speaking after the president’s visit, Uzodimma said the south-east was happy with the visit.

The visit of Buhari to Imo state came with a lot of talking points.

On Sunday, Femi Adesina, special adviser to the president on media, also clarified the “I’ll be careful with future invitations” comment made by Buhari during the visit.

Adesina had said the president’s comment was “deliberately” taken out of context by “purveyors of disinformation”.