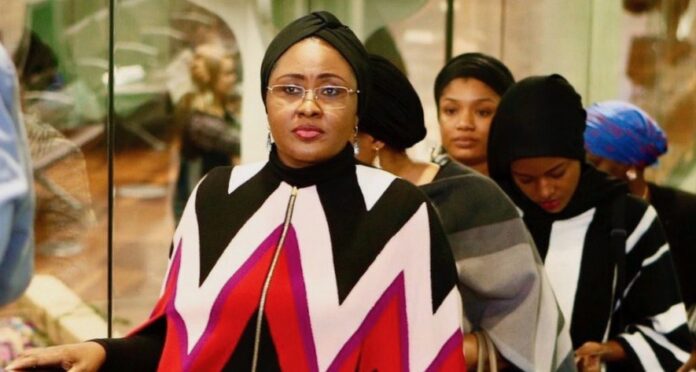 A lot of reactions from Nigerians have continued to trail SaharaReporters’ exclusive report that First Lady, Aisha Buhari, has relocated to Dubai, the United Arab Emirates for over three months, citing insecurity at the Aso Rock Villa.

Most commentators knocked the First Lady for absconding from the country and lavishing taxpayers’ money on foreign trips. Many people wondered where average Nigerians who are daily facing the heat of insecurity should run to.

SaharaReporters had on Tuesday reported that Nigeria’s First Lady, Mrs Aisha Buhari, had been in Dubai since September after the wedding of her daughter, Hanan, and she had therefore not been involved in any government activity.

The First Lady is not in a hurry to return, despite spending over three months, as she reportedly stated that the Aso Rock Villa was not secure for her family.

The security concern was fuelled a shooting incident which occurred in June and caused some panic among occupants of the Villa.

A top source told SaharaReporters on Tuesday that the First Lady had now relocated quietly to the UAE for over three months.

“Aisha Buhari has relocated quietly to Dubai. She has been travelling even before the daughter’s wedding. For three months now, she has been there. She cited insecurity in the Villa after that shooting incident,” the source had said.

ALSO READ:  NNAMDI KANU’S PARENTS’ BURIAL: “Do Not Test The Wrath Of Biafrans And Ndigbo” — Ohanaeze Warns Police To Say Away

On Twitter, many Nigerians expressed fears over the rising insecurity, wondering where else would be safe if Aso Rock Villa was not.

Miliki first lady has travelled to enjoy herself at the expense of the taxpayers in the Country. If she travelled based on alleged insecurity in Aso Rock, what does she expect the citizens living in fear to say? It’s not her fault, blame those who voted for PMB in 2015 & 2019.

The rich up north, have either relocated to Abuja or overseas, you now ask, what is the fate of poor Nigerians who don’t have money to relocate anywhere?!!

This is where these countries should come out and help…they should have told her it’s a shame if she as the first lady of a country, runs too reside in another country because of insecurities in a whole presidential suite of her country..she should go back home nd FIX IT!!

sha know one day, one day, the truth would be revealed, as you can’t hide a thing forever. No doubt, something is fishy in that family. Perhaps the man we know is not really the man we think we know. Not too sure, but I know something is not adding up.

Samuel Oladipo @SamuelOladipo8 wonders why the first lady will leave the country when she is part of the problems of the country, “After setting the country on fire economically, security-wise etc. and causing human blood to flow like water and properties destroyed, relocation to a safe country with the South’s resources is their next move. The God of vengeance is alive to take vengeance and rain His anger like fire.”

Hmmm! After setting the country on fire economically, security wise etc & causing human blood to flow like water & properties destroyed, relocation to a safe country with d South resources is dr next move.The God of vengeance is alive to take vengeance & rain His anger like fire.

Guys we need to harness all the pressure to get Buhari out….

The senile decay & ineptitude is real 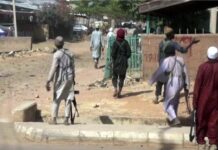 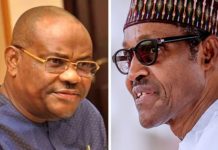 Buhari Is Not Doing Well But Court Declares Him winner, So... 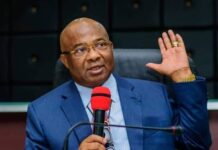