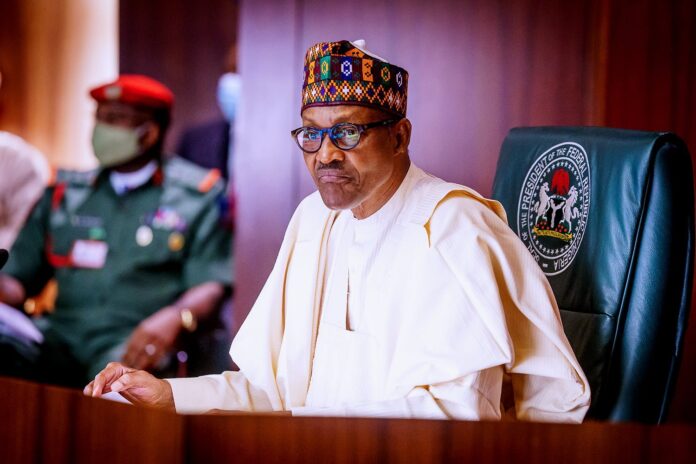 President Muhammadu Buhari, who was Nigeria’s military Head of State between December 1983 and August 1985, has given a number of reasons why he toppled the democratically elected government of the then President, the late Alhaji Shehu Shagari.

Buhari, then as a Major-General who was the General Officer Commanding of the Third Armoured Division in Jos, Plateau State, said in a letter that he led a “revolution” in Nigeria because of the staggering corruption, insecurity and indiscipline in the government.

SaharaReporters obtained Buhari’s letter, which was dated, January 6, 1984, and was addressed to Her Excellency, the then Prime Minister of Great Britain, Margaret Thatcher.

Buhari’s four-page letter was personally signed by him, as Major General Muhammadu Buhari, Head of the Federal Military Government, Commander-In-Chief of the Armed Forces.

SaharaReporters observed in the letter that Buhari identified collapsed economy, rising inflation, corruption in government and the failure of the government to provide security for lives and property as the key ingredients that led to the revolution.

Buhari’s letter to Thatcher reads, “Recent events in Nigeria leading to a peaceful change of government must have evoked different reactions in various places and I thought I should direct this personal communication to your excellency in order to acquaint you with the background to the intervention by the Nigerian armed forces.

“Here at home, the situation is well understood and the change of government has been received with the widest acclaim. Even in those circles which, for obvious reasons, and to lose most through the corrective measures being contemplated to restore the sense of decency and accountability in public life, the smooth takeover and the accompanying calm and general acquiescence has been more than salutary.

“When the last military administration voluntarily handed over power to civilians in 1979, it was with very high hopes for the future. The handing over exercise was carefully planned and faithfully executed. The 1979 constitution was promulgated. There was justifiable optimism that Nigeria was headed for an era of progress, unity and stability, under a free and elected democratic government.

“However, so soon after the handing over, in both the administrative and legislative organs of government, a myriad of public functionaries embarked on a systematic circumvention of most of the checks and balances entrenched in the constitution. Pervasive corruption entrenched combined with moral and financial indiscipline to ensure that millions of naira were stolen from the national coffers and stacked away in banks inside and outside the country by many unpatriotic citizens actively aided and abetted by certain unscrupulous foreign associates.”

He continued that the military intervention was unavoidable because “the people groaned under the twin yoke of pervasive corruption, skyrocketing prices and general insecurity of lives and property.”

He said, “What was left was quickly dissipated on loaded contracts and over-invoicing of imports designed to allow generous kickbacks to government and political party functionaries. Approved and correct procedures were systematically undermined and the normal functioning of the government machinery deliberately perverted for personal gains.

“Individuals were becoming increasingly apprehensive of their personal security and the future seemed to hold little hope for improvement in the status quo. The majority of public functionaries, at all levels, freely engaged themselves in irregularities with impunity since those at the top and supervisory grades were themselves known to be involved in corrupt practices and impropriety.

“Bribes and gratifications were contemptuously demanded and given. Visitors to our country were regularly confronted by the nauseating and ugly sight of uniformed Customs officials and policemen taking gratifications without qualms and so brazenly doing so.

“Incompetence in the management of national resource led the nation to accumulate huge internal and external debts and to run into serious balance of payments difficulties. Government was fast losing its ability to pay for the goods and services contracted or needed. The national economy tottered dangerously on the brink of collapse. Numerous industrial undertakings are at this very moment on the verge of total collapse and many had been forced to close down for lack of raw materials. Thousands of workers have lost their jobs and the sceptre of large-scale retrenchment has already appeared.

“The resultant scarcity of essential commodities was predictably accompanied by spiralling inflation. Frauds and embezzlement of public funds were committed with reckless abandon. Hired assassins and marauders were openly beginning to practise their trade in broad daylight.

“Perpetrators of corrupt practices resorted to arson to cover their trail, resulting in callous destruction of several expensive public buildings and even loss of lives. Incidents of armed robbery multiplied and the state of general lawlessness heralding a chaotic state of affairs, possibly culminating in a bloody uprising and revolution was most imminent.”

Buhari closed his letter by noting that he needed Britain’s cooperation to enable him rid the country of the several anomalies.

“In spite of the huge investment on the 1983 election, there is ample evidence that they were blatantly rigged all round. In reaction, politically motivated strifes engulfed several parts of the country claiming several lives and destroying valuable property. The overall effect was a serious erosion of national stability.

“The attributes constituting the role of government were rendered meaningless; and political party leaders folded their arms in apparent helplessness, unwilling or unable to deal with the situation. In the circumstances, it would be unpatriotic not to act; something had to give.

“We see a need to check the pervasive corruption and the heightened indiscipline and insecurity associated with it. The primary objective for our intervention is to therefore save the tottering nation from imminent collapse; a patriotic rescue operation,” he added. 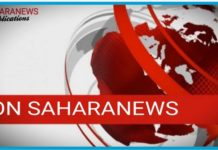 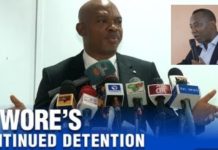 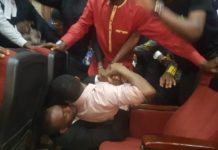