EndSARS Protests Crumbled Because Of Tinubu’s 2023…

BRAKING: A team of US Doctors releases forensic evidences on… 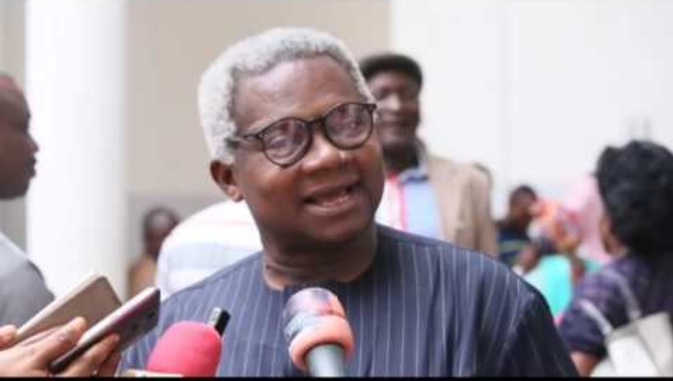 The Director-General of Voice of Nigeria, Mr. Osita Okechukwu has reacted to the attack on former Deputy Senate President, Chief Ike Ekweremadu, blaming it on anger fueled by poverty and frustration.

He spoke in Enugu on Tuesday, claiming that though the attack was condemnable, the Senator should look inwards.

“Whereas I join thousands of patriots in condemning the assault of my brother, Senator Ike Ekweremadu, however it seems more or less like a paradox,” he said.

He added that “A careful perusal of the comments from the viral video gazetted angry young men, many of who could have remained in Nigeria, if Senator Ekweremadu had prudently executed his constituency projects. For instance, where are the Youth Vocational Centers he presided over?”

“Some of the attackers maybe aware of the humongous properties Senator Ekweremadu is alleged to own both at home and abroad, properties which case is still subsisting with anti-graft agencies. This is enough to incite any discernible group. The world is now a global village. Methinks they’re not happy of their forced exit from Nigeria.”

Okechukwu further stated that, “Sincerely speaking, our youths should join the agrarian revolution initiated by President Muhammadu Buhari via the Central Bank of Nigeria, instead of porting Nigeria.

“Back to land is the answer, especially now that the National Economic Council has proposed the National Livestock Transformation Plan, to curb the Herdsmen menace in farmlands