Why police in Nigeria is ineffective — Governor Masari 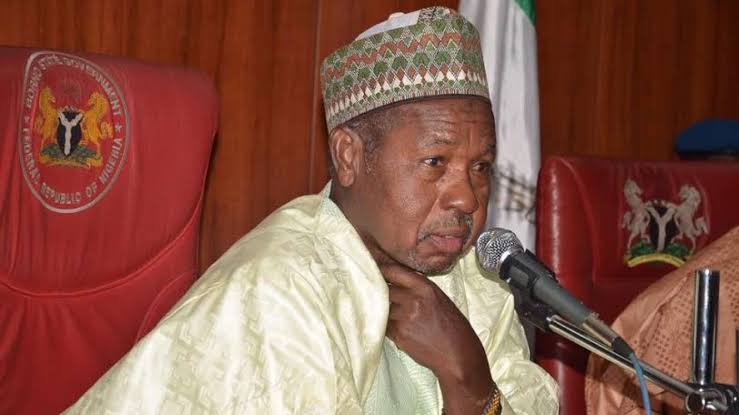 Governor Aminu Bello Masari has called on patriotic and well meaning Nigerians to try and understand the predicament the Nigeria Police finds itself in the course of discharging its duties.

According to Governor Masari, considering the population of Katsina, which is estimated to be about 8 million to about 3000 policemen in the state, it is practically impossible for the police to be effective in safeguarding lives and properties of citizens in the State as the ratio amounts to one police officer to 260,000 citizens.

ALSO READ:  If bandits can shoot down fighter jet, they are terrorists — Namdas

This, he said, is a clear indication that the police in Katsina and by implication across the country lacked the needed manpower to carry out their assigned duties effectively, coupled with the twin evil of lack of sophisticated technology and equipment.

Masari made the remarks while responding to the Inspector General of Police IGP, Usman Alkali Baba who paid him a courtesy visit at the state government house on Thursday while on a one-day working visit to the state.

BREAKING: Graduates killed while heading to NYSC camp in Kano