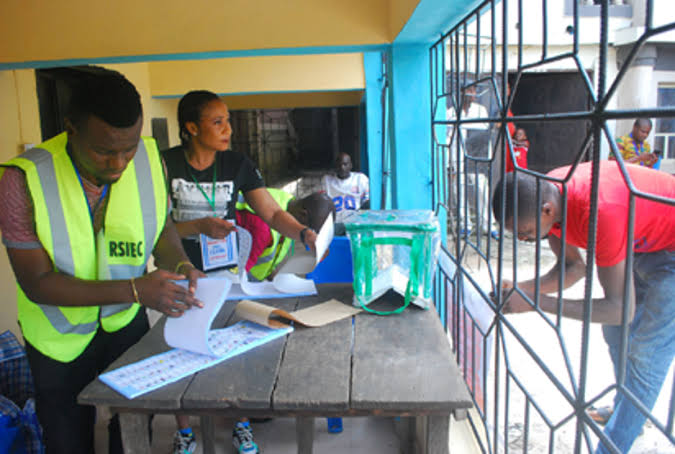 Again, Rivers State Governor, Nyesom Wike has shunned his own sponsored local government election as the Governor refused to cast his vote for his local council chairman and councillor on Saturday’s election.

The governor, just like during the last election which was held in 2018 refused to cast his vote as he did the last time the local council poll was conducted in 2018.

At his ward 9, unit 7 Rumuepirikom polling unit, journalists, Civil Society Organisations (CSOs) and other elected officials who had gathered to monitor the governor and his wife vote were disappointed when he only drove past the unit and never returning to vote until about 2 pm when officials of the Rivers State Independent Electoral Commission RSIEC ended voting at the unit and left.

Calls put across to his media aide, Kelvin Ebiri to know if the Governor would return to cast his vote went unanswered and neither did he bother to call back.

Also across the state, especially around Port Harcourt City and Obio/Akpor local government areas, there was a very poor turn of voters for the exercise.

Voter’s poor response to the election seemed a kind of silent protest to the action of the Governor who announced restriction of movement from night of Friday to 5 pm on election day.

Many had expressed anger at the governor’s announcement wondering why the governor should order to their at home up to 5 pm simply because of local government election.

They also expressed disappointment with the performance of the former elected saying that with their abysmal performance it was only a waste of time to go and participate in the election.

Others complained that from the manner the Justice George Omereji-led RSIEC organised the election saying it was heavily manipulated to favour the ruling PDP as the Commission connived with the PDP to deny other 16 political parties the grants to prepare for the election.

At ward 2, unit 2 Okporo polling unit, there were less than 20 voters on queue voting when our Correspondent arrived there. A mild drama occurred when one of the voters, who refused an interview and who we later observed is the PDP chairman was agitating the clearance of a candidate who he alleged his name was not on the voters’ register but was cleared to vote.

When an investigation was carried out it was discovered that the man’s name was not on the register. The complaint invited the police officers at the polling unit to come and arrest the man but they simply have him his voters card and walked him out of the place.

Protests by the chairman and his supporters that the man should be arrested were simply ignored by the security agents.

It was also noticed that despite the restriction of movement announced by the state government and the Commissioner of Police Eboka Friday, there was no heavy police presence on the road and there was also no report of Police harassment of people during the exercise.

At Rumuapu Obio/Akpor ward 10, unit 4, an Accord Party agent Emmanuel Worlu attributed the low turnout of voters in the place to bad governance but expresses the hope that the state will witness a change someday.

He said: “Nothing is happening here. As you can see, the turnout is very, very poor, the voting strength of the unit is over 200, but since the exercise started about 10 o’clock in the morning, till this time, to 1 pm, not up to 30 voters have come to cast their votes.

“However, the process is peaceful and fair until this moment, but we do not know what is going to happen after now, but I am not impressed with the voters’ turnout.”

Asked the reason for the voter apathy,  he said, “the reason for the low turnout is nothing but obvious failure in governance because it is in a time like this that people will reciprocate good governance, and also express their pleasure to bad leadership, that is exactly what we have seen at play here today.”