FG Orders All Account Holders In Nigeria To Do ‘Self… 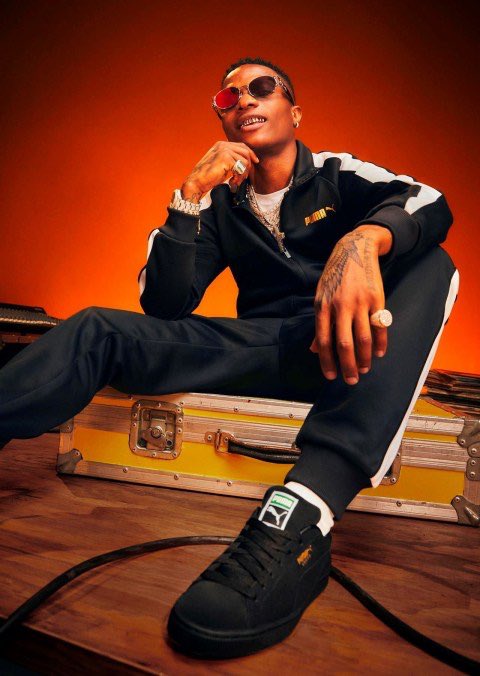 Wizkid has been named as the latest ambassador for sportswear brand Puma as his campaign images have been revealed.

The Nigerian singer and songwriter, 30, is the new Puma x JD ambassador for the relayncg of the Puma Suede Classics range.

Wizkid, real name Ayodeji Ibrahim Balogun, said of the collaboration: ‘It’s an honour to be the face of the new JD x Puma Suede Classics campaign.

‘Puma is a brand I’ve loved and respected growing up, and so the decision to become and Ambassador felt completely natural. The Puma Suede is a classic shoe that can be worn by anyone at any age and I think my fans will really connect with that.’

Starting his music career at just 11, Wizkid has become one of Nigeria’s biggest artists, known for hits including Holla At Your Boy and No Stress.

His collaboration with Drake on One Dance became an international number one hit, and the pair have also worked together on Wizkid’s Come Closer.

Wizkid has also collaborated with the likes of Chris Brown, Major Lazer, Skepta, H.E.R. and Akon.

Puma’s Sportstyle marketing director added of the collab: ‘We’re thrilled to have Wizkid as the face of the new Puma x JD Suede campaign.

‘A truly innovative and exciting artist in the music scene, Wizkid embodies the passion and hustle we look for in someone to represent Puma and we look forward to working with him for the AW20 season.’

The Puma Suede was first released in 1968 and has been a popular style for the brand ever since, which is why they wanted to enlist an artist known for mixing sounds from around the globe for the new campaign.