SEE What Nigerian Ambassador Was Spotted Doing During UNGA… 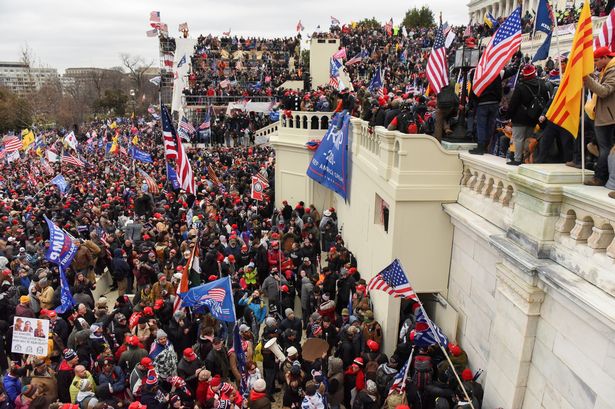 A woman who was shot during the unrest that erupted Wednesday afternoon at the United States Capitol has been pronounced dead.

A spokesperson for the Metropolitan Police Department, Dustin Sternbeck, confirmed this in a live interview with CNN.

Supporters of US President Donald Trump gather in Washington

“Yes, the adult female that was shot inside of the Capitol was pronounced at an area hospital. Additional details will be forthcoming as this remains an active MPD investigation,” Sternbeck added.

A person was shot and wounded inside the US Capitol amid chaotic scenes in Washington as President Donald Trump’s supporters stormed the building in anger over his election defeat.

“One shooting victim was transported from the Capitol,” a person attached to an emergency response unit told AFP, adding that there were “other injuries” in the chaotic protests and that the situation remained fluid.

The Washington Post reported that police said the victim was a white female shot in the shoulder, and CNN said she was in critical condition at a local hospital.

Also, there are reports that a 24-year-old male who was climbing the scaffolding on the west front of the US Capitol building fell more than 30 feet.

According to reports, he has been taken to the hospital but in critical condition.