JUST IN: Buhari’s Move To Bribe Senators To Avoid… 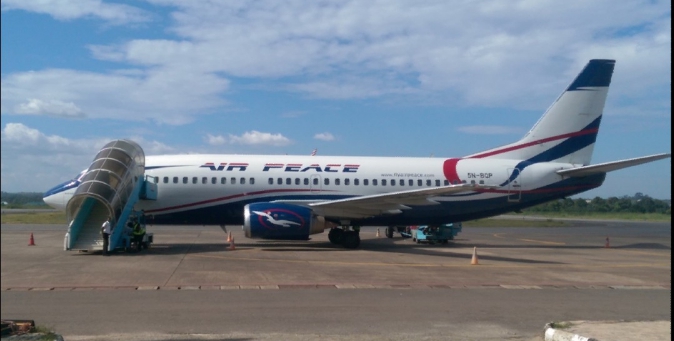 Local media portal, The Cable, said the operator had postponed its plans because of the issue of expired passports of citizens who had opted to take the opportunity.

A statement on Friday by chairman of Air Peace, Allen Onyema, had said the evacuation set to start yesterday (September 6) had thus been postponed to early next week by which time the embassy would have sorted the issue of travel documents.

This is because the Nigerians in South Africa have to obtain travel certificates because many of them do not have travel documents and their passports have expired.

He added that since September 3, the airline had placed its Boeing 777 aircraft on standby awaiting a green light from the federal government. The government had on Thursday acknowledged the plans for evacuation by the private operator.

Air Peace opted earlier this week to airlift Nigerians who have been affected by the latest upsurge of xenophobic violence in South Africa. South African outlets have been targeted in parts of Nigeria and its embassies closed for security reasons.

“The Air Peace flight to South Africa will take off from the Lagos Airport and also return to Lagos. As earlier stated, the take off could be Sept 9 or Sept 10,” he said.

“This is because the Nigerians in South Africa have to obtain travel certificates because many of them do not have travel documents and their passports have expired.

“Air Peace has placed its aircraft, Boeing 777 for the flight since Sept. 3, but the Nigerian High Commission needed time to register the Nigerians billed to travel. And, they are already doing that in Johannesburg and Pretoria.”

On Wednesday, a spokesman of the ministry of foreign affairs, announced the plan of the airline to evacuate Nigerians who wish to return to Nigeria “free of charge.” Nigerians have lauded the gesture which some hold should have been government’s responsibility.

BIAFRA: We Are Ready For Dialogue Now, Call For Meeting Anywhere, We Will Attend – South-East Govs To IPOB