BREAKING: We left Nigeria-Biafra War in a Horrible Manner,… 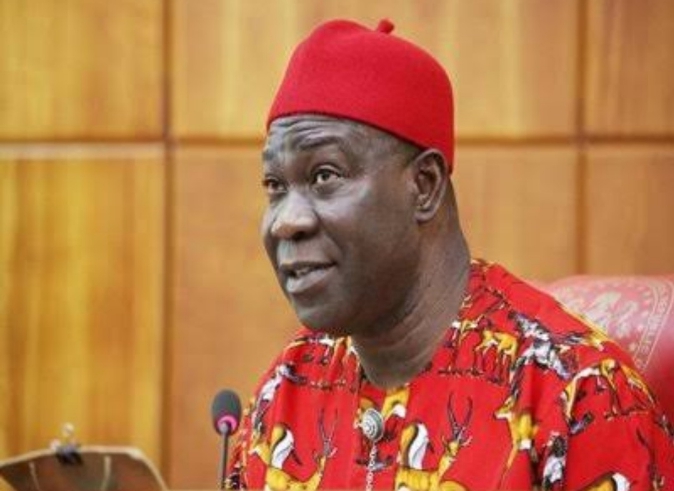 SAHARANEWS – The immediate past vice senate president, Senator Ike Ekweremadu has called for sanction and suspension of diplomatic ties with South Africa, over the xenophobic attacks on Nigerians and other foreigners in the country.

Many foreigners has been killed, others injured, properties looted and destroyed since attack on foreigners began on Saturday.

In a Statement sighted by SaharaNews Ekweremadu said:

“I find the incessant xenophobic attacks on Nigerians and other African nationals in South Africa very un-African, barbaric, and unparalleled acts of ingratitude. It is quite disturbing that the Government of South Africa has not taken decisive steps to end these attacks, which have led to wanton loss of lives and properties of fellow Africans, especially Nigerians.

“The attacks defy and desecrate everything African brotherhood stands for, especially for a country that gained freedom with the support, sweat, and sacrifice of fellow African nations among which Nigeria clearly stands out. The attacks have reached scary and desperate degrees and call for desperate actions on the part of Nigeria, other African nations, and the African Union.

“It will therefore not be out of place for the Federal Government to suspend diplomatic relations with SA until full assurance of safety of Nigerians and their properties in South African are secured, adequate compensation paid for the damages, and the perpetrators also brought to book.

“The African Union must rise to the occasion now. The AU could be reduced to an empty shell if law abiding African nationals cannot find peace and safety in a fellow African nation like South African, but are instead savaged by people who should be their brother’s keeper.

“The AU should therefore summon an emergency session to sanction South Africa; and a suspend from the Union for unprovoked acts of hostilities against fellow Africans whose countries fought for the freedom they enjoy today will not be out of place.”

FLASHBACK: In 2012, A Similar Incident Occurred Between South Africa And Nigeria, No Protest No Death Was Recorded – See Why