PDP Called US, South Africa, France, Others To Sanction…

The Enemies Created By The Hunters Are Now Hunting The…

WATCH THIS VIDEO:“Nice men do not make good leaders, nice… 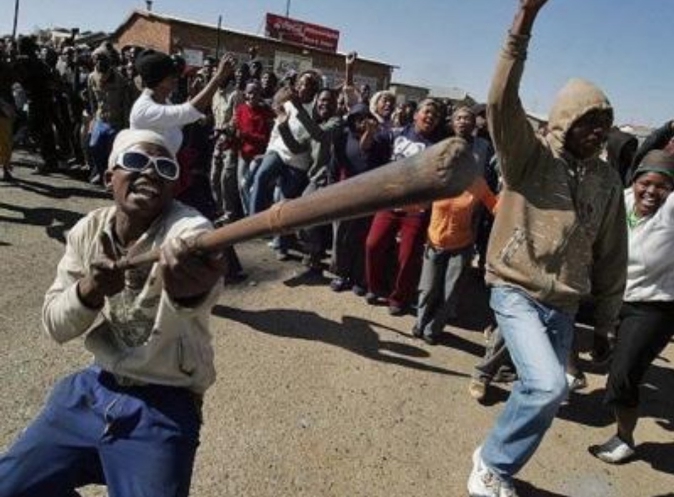 In a viral video retrieved from Instagram showed some angry mobs and another faction waiting to clash force in an open road.

The attack, has been condemned by the South African President, Cyril Ramaphosa, in a statement on Tuesday, said: “Our security forces are on high alert. As a country, we commit ourselves to continue to work tirelessly to building the kind of South Africa, where indeed women and children will be safe”

ALSO READ:  THROW BACK:“The War aim of Biafra is purely to prevent ourselves from being slaughtered, nothing more(VIDEO)----Chukwuemeka Odumegwu Ojukwu

The another video, the deputy Police Affairs minister, Bongani Mkongi, said 80% of South Africans are foreigners.

The South African High Commissioner to Nigeria has as well denied the xenophobic attack ongoing in the country.

In a media briefing headed by Geoffery Onyeama, Nigeria’s foreign affairs ministry, the South African Commissioner made the comments, he described it as ‘sporadic acts of violence’, noting that other South Africans were also affected in the violence.

ALSO READ:  Nnamdi Kanu: Why Abaribe Should Be In Prison - Femi Adesina

But videos have emerged, showing some victims burnt alive while another shows some SA police aiding thugs launch attack.

A police officer shot at someone who was taking video record of attacks aided by SA Police. The victim, who was shot at, was quickly to move off from the target of gun shot.

BREAKING: Police Kill One In Lagos Over Protest Against Xenophobic Attacks In South Africa