BREAKING:Trump and Biden pay respect to 9/11 victims in…

Buhari govt puts more worth on cows than living souls –… 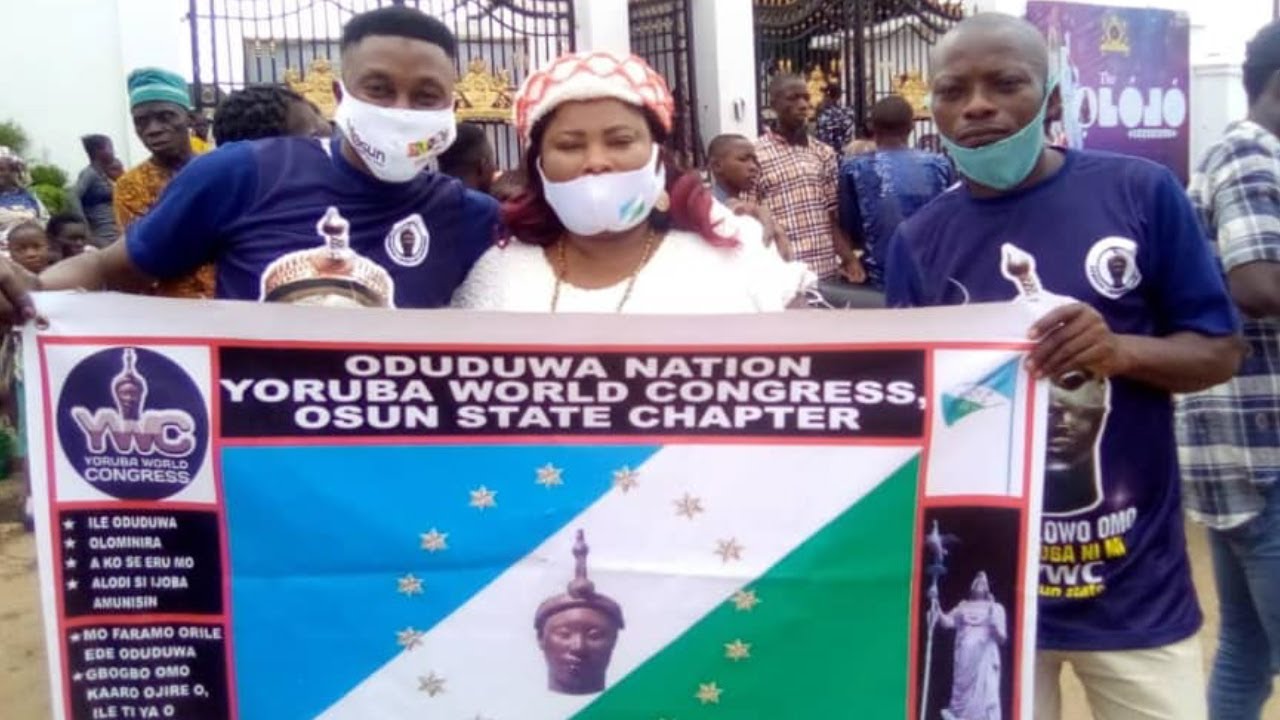 Some Yoruba youths on Monday removed Nigerian flags and replaced them with Oduduwa Republic flags around Teslim Balogun Stadium, in Surulere, Lagos State.

This was seen in a viral video shared on Instagram.

Nigeria is facing many challenges, some bordering on insecurity in the South which have recently contributed to agitations for self-determination.

The unabated killing and kidnapping of people in the South-West by suspected Fulani herdsmen and the Nigerian government’s failure to solve the problem have also caused tensions between the region and North.

The murderous herders have killed thousands of people, burnt houses, destroyed farms and people’s means of livelihood, displaced villagers, raped women, among other atrocities yet the government and security agencies have appeared helpless in tackling the problems.

The hoisting of Oduduwa flags by these youths might also be connected with what a Yoruba elder statesman, Prof. Banji Akintoye, recently said in an interview that “the remedy to the bondage we are in, the remedy to the enslavement we are suffering on our ancestral space is called self-determination.”

How Biafra Agitation Broke Into Factions Under Kanu, Mefor, Dokubo Over Money, Others— Intel Report