Nigerian security agents accused of being responsible for…

“You Cannot Stop Us From Burying Our Parents”, Nnamdi Kanu’s Family Laments The Heavy Military Presence At Home Town Ahead Of Parents Burial 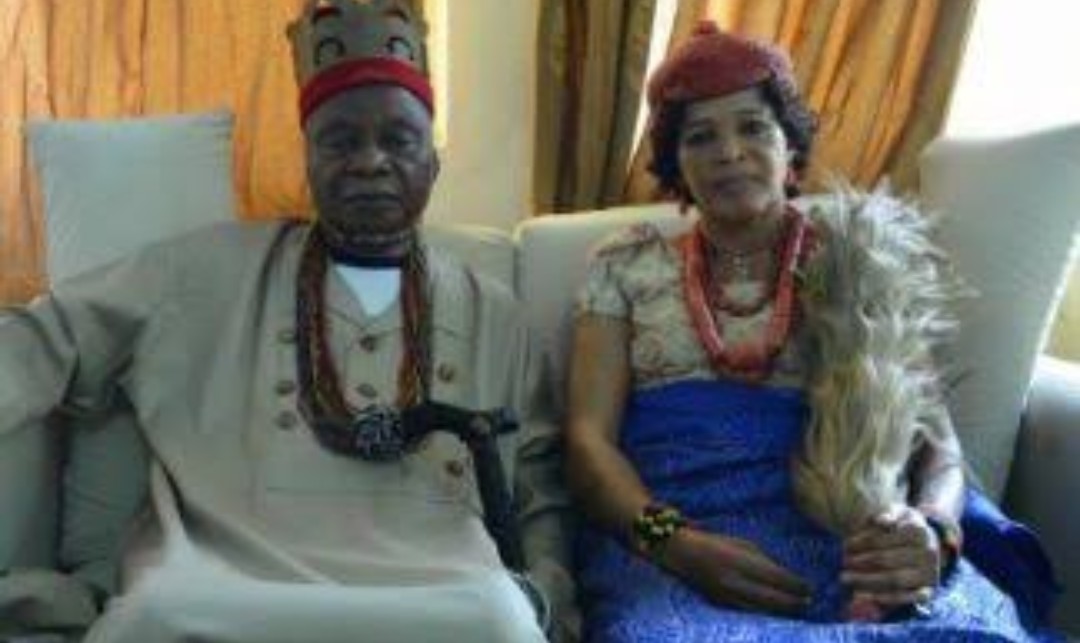 SAHARANEWS – Prince Emmanuel Kanu, the younger brother of the Leader of the Indigenous Peoples of Biafra, IPOB, Mazi Nnamdi Kanu has asked the Nigerian Government to immediately withdraw soldiers deployed to  their community and redeploy them to the North East where their services are most needed.

Kanu said soldiers should  allow the family bury their late parents in peace.

He made the appeal Sunday evening following the reported  deployment of soldiers around their Afaraukwu Ibeku country home in Umuahia, Abia State.

According to him large number of heavily armed soldiers with armourd tanks are now patrolling the community.

Kanu’s parents – HRM Eze Israel Kanu, and  Lolo Sally Kanu,  died in September and November 2019 respectively, and have been slated for burial on February 14.

They both died of heart -related diseases as a result of trauma they allegedly sustained during the September 14, 2017 military raid  of their compound according to the family.

In a phone interview with our correspondent, Prince Emmanuel cried foul over the movement of soldiers in the community which he said was creating unnecessary panic and tension among residents.

He said they were not in war with anybody to warrant the deployment of soldiers.

Prince Emmanuel said the family only wanted to bury their late parents according to the tradition of the land.

He, therefore, called on the Federal Government to withdraw the soldiers and allow them bury their dead peacefully and “without intimidation or further provocation”.

”Soldiers should leave us alone so we can bury our parents. When has it become a crime for one to bury his dead?

“In 2017 our compound was invaded and over 20 people killed, and because of the shock ,my parents later died . Now that we want to bury them why are soldiers here again?

“Do they want to kill more people?  There is no war in our place or anywhere in South East. Even if there is any crisis it’s the police that should handle it, not soldiers.

“I think more soldiers are needed in Sambisa forest and North East to face Boko Haram and not unarmed mourners in Afaraukwu Ibeku “.

Prince Emmanuel called on the international community as well as the United Nations to prevail on Nigeria to withdraw soldiers deployed around the community.

He specifically appealed to the United States of America Embassy and the Israeli Mission in Nigeria as well as the Amnesty International to closely  monitor developments and activities of the Nigeria security operatives around the community ahead of the burial.

He said the burial of his late parents scheduled for February 14 had  nothing to do with Biafra and should not be turned into another killing ground for innocent people.

BURSTED: (VIDEO) Facts The Federal Government Would Go To Any Length To Keep Away From Nigerians