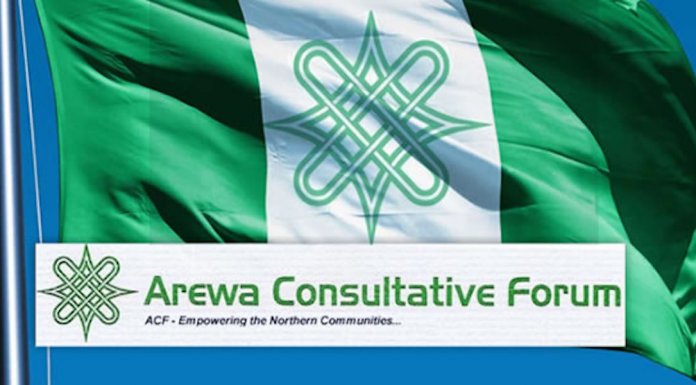 The Arewa Consultative Forum has kicked against calls for the break up of Nigeria.

The ACF said Nigeria had experienced war before and does not want a repeat of the bloodshed.

The ACF National Publicity, Emmanuel Yawe, stated this in an interview with TheNation, adding that it was in the best interest of every component part of the country to stick together.

He said, “Nigeria is a free country and everyone is entitled to his opinion. ACF does not believe in secession and we don’t want to engage in an argument with those who believe in secession; there is no meeting point, we believe in one Nigeria. They don’t, so how can we engage them?

“We don’t want secession, they want it, so let them go ahead with it. But, I don’t know how they want to achieve it. It is very difficult to break away without war and we don’t want war.

“We have experienced war before, we don’t want it again. The suffering, human waste, material waste are not our desire.

On the allegation that the secession agitators were sponsored to bully the President out of office, the ACF Publicity Secretary said, “We don’t know anything about it. Buhari’s government has so many critics; people criticise him for different things and different reasons. They have their reasons for criticising him.

“No government is perfect. Therefore, if you are in government and you see people who are criticising you as blackmailing you, it is unfortunate.”