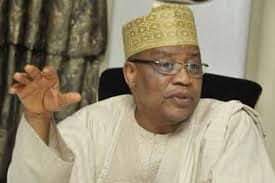 SAHARANEWS – Former Military President, General Ibrahim Babangida (rtd), has lent his voice against the Hate Speech Bill, warning the sponsors of the bill not to try to muzzle Nigerians.

He said the bill was inimical to the growth of the country and does not support the ideals of a democratic society.

General Babangida spoke during the visit of the national leadership of the Nigerian Union of Journalists (NUJ) on Wednesday at his hilltop residence in Minna, the Niger State capital.
According to him, there is no basis for the ‘Hate Speech Bill’ before the National Assembly and no one can muzzle the voice of Nigerians.

The former military leader noted that a similar bill was presented before the 8th National Assembly and he advised against it saying, he was surprised that the bill has resurfaced.
“There is no basis for this; now we are developing and we should be allowed to develop,” he said.

He added, “If we make mistakes people can be cautioned; if somebody goes off, you have the right to call him to say ‘no we don’t want this.”
General Babangida noted that government at all levels would only experience progress when people were able to express themselves on happenings in the country.

He stated that the only reason for the bill was that the sponsors wanted to show “eye service as we call it in the Army”.
The former military president also described the death penalty prescribed in the bill as “crude”.

He said, “If somebody made hate speech and you put him in the gallows and shoot him, it is crude; it is not 21st century. It could have happened may be some 300 years ago but not now.”

Babangida, however, informed his visitors that he would join the NUJ and other stakeholders to protest against the passage of the bill.
“I am with you on this; I will also talk to those of us who could be in position to bring sanity to bear on some of these things,” he assured.
The former military president explained that he had been following media publications on the forth coming United States election, saying journalists would have been jailed in Nigeria if that was the case.

He credited himself with opening up the media space in the country, even when some of his colleagues opposed his policy, saying the country was better for it.

Earlier, the NUJ National President, Christopher Isiguzo, solicited the support of the former military president to bring down the hate speech bill before the National Assembly.

You Created The Monster That Has Become a Your Nightmare, Enjoy...

HAPPENING NOW: Over 150 Families Is Now Homeless As flood Swept... 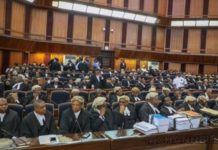 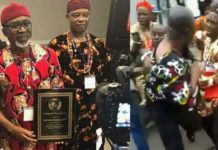 Same Background, Same Office, Same Trip, One Got Beaten Up, The... 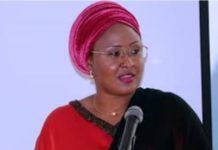 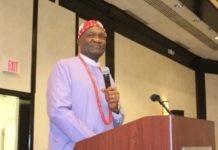 BREAKING: It’s Now Obvious That There’s No Future For Us In...