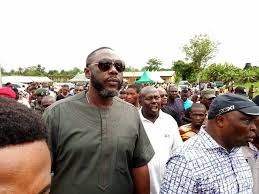 The Supreme Court, on Thursday, November 8, dismissed a motion by the chairman of the All Progressives Congress (APC) in Rivers state, Ojukaye Amachree, seeking to travel to Dubai for a medical checkup. The News Agency of Nigeria (NAN) reports that Amachree is standing trial on allegation of murder of a man during the 2015 election in Asari-Toru local government area of the state. Giving ruling, Justice Inyang Okoro, held that the application lacked merit, adding that the applicant was being prosecuted on a murder case.
According to Okoro, the medical update letter, dated December 15, 2016, had no connection with the type 2 mellitus diabetes, which Amachree claimed he had. The report also said Justice Walter Onnoghen, the Chief Justice of Nigeria, who presided over the panel, expressed worry as to why Amachree’s trial had not commenced fully after 25 adjournments. The CJN said from the record of the court, Amachree had refused to appear in court all the while.

Amachree’s five-count charge bordering on the alleged murder of Iminabo Dokubo, attempted murder of Ipalibo Jackson is pending at the high court in Port Harcourt. The applicant had approached the court with a motion on notice pursuant to sections 33, 36(5) and (6), and section 41 of the 1999 Constitution, as amended.
It was learnt that Amachree had sought an order granting him leave to travel to Dubai, United Arab Emirate, to enable him meet up with the medical appointment scheduled with George Davis.
The APC chairman had also prayed for the release of his international passport with passport No: A04003142, deposited with the registrar of the Court of Appeal as part of the conditions of the bail granted to him.
The applicant was, however, refused bail on May 26, 2016, by a high court in Port Harcourt, but had the decision set aside on November 24, 2016, by the Court of Appeal in Port Harcourt.
ALSO READ:  BREAKING: Tensions And Panic In Aguda As Tinubu boys Shooting Igbo Voters In Lagos - see video

Amachree stated that following his detention and subsequent release by the appellate court, his health deteriorated leading to his collapse and resuscitation on various occasion both in and out of prison.
The applicant averred that the Saudi German Hospital had agreed to treat him and therefore scheduled an appointment with him for February 16, 2016 at Dubai, UAE.
Amachree said he could not meet the appointment as his international passport had been with the Court of Appeal, Port Harcourt. He stated that a similar application had earlier been filed at the Court of Appeal on Jan. 24, 2017 but was struck out on February 28, 2017.
Meanwhile, bid to remove national chairman of the APC, Adams Oshimohole, has suffered a setback as reports indicated that the six southwest governors are divided over his removal.
ALSO READ:  Presidency:If you Dont Want to Loose Your Respect,Dont Contest in 2023 Election --- Northern Group Warns Jonathan