You’re Too Small To Diminish Me, Peter Obi and Ngige fights Dirty 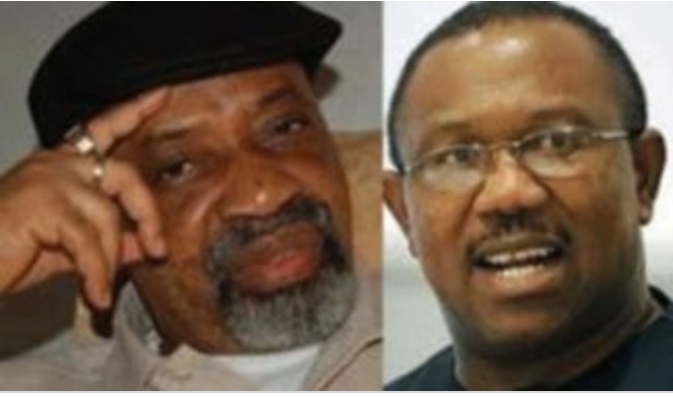 SAHARANEWS – The vice presidential candidate of the Peoples Democratic Party in the February general elections, Mr. Peter Obi, has said the Minister of Labour and Employment, Dr. Chris Ngige cannot diminish him.

SaharaNews understands that Obi spoke through his Media Adviser, Valentine Obienyem in a statement made available to journalists.

The PDP VP candidate was reacting to a newspaper publication credited to Ngige wherein the minister allegedly said he was ashamed of the quality of roads constructed by his successors, including Obi.

Obi in the statement wondered why Ngige loved attacking him, stating that he had hardly made any bad comments against Ngige even in the heat of electioneering.

He said, “What is most condemnable in Ngige’s attacks are the lies he tells just to bring Obi down. How could he mention roads such as Abatete-Nteje-Aguleri-Otuocha road and Igboukwu-Ezenifite-Umunze, Iseeke roads and deliberately forgot that Obi did greater portions of those roads?”

“Over 90 per cent of the roads, Ngige mentioned he built were done in his Local Government Area.

The statement said though Obi used local contractors to build roads during his reign as governor, major road contracts in the state were done by expatriates at the time.

It added, “Knowing the importance of road maintenance, shortly before he left, Obi set up the Anambra State Road Maintenance Agency with full compliments of brand new equipment.

“He also left over N4bn in the Ministry of Works for road maintenance before he handed over.

He asked Ngige to stop comparing his tenure as Anambra State and that of Obi because he achieved little or nothing in his 33-month reign as governor of the state before a Court of Appeal, Enugu Division nullified his election in 2006.”

The Activities Of Fulani Herdsmen, Attitudes Of FG Has Made Nigeria A Living Hell – Catholic Bishops Cries Out