BREAKING:Police Officers Break A Man’s Head In His… 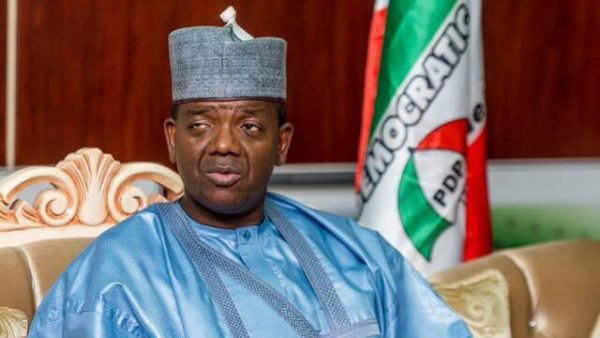 Some officials of the Zamfara State government have threatened student leaders in the state for criticising Governor Bello Matawalle, over his failure to provide scholarship funds for indigent students

The leadership of the National Union of Zamfara State Students (NUZAMSS) had on Wednesday stormed the state government house to register their anger against Matawalle’s failure to pay for their scholarships.

They claimed during his campaign, the governor promised to give scholarships to students before his 100 days in office, a promise they said he had broken.

ALSO READ:  JUST IN: Nigerians Rejects Buhari's reasons for not being at the Presidential debate

The students also said they had been trying to meet with Matawalle but all their efforts were unsuccessful.

A final-year student of engineering in Ahmadu Bello University, Zaria, Kaduna State said he had to defer an academic session because of the governor’s failure to fund the scholarship board.

A member of NUZAMSS told SaharaReporters that they have been receiving threats from government officials in the last 6-hour.

He said a particular commissioner told them they would suffer for speaking against the government.

The NUZAMSS member said the president of the association, Abubakar Hamza Shateema, had been ordered to issue a rejoinder to the story and apologise to the governor.

“They were angry SaharaReporters reported the story and started threatening us. They claimed we embarrassed the governor and told the president to issue a rejoinder to the story. One of them said SaharaReporters is an enemy of the state.

“Most of those who participated in the protest have already gone into hiding over fear that they might be attacked by thugs loyal to the government.”

SaharaReporters had earlier reported how a former Chairman of Maradun Local Government Area of the state, Alhaji Abubakar Maradun, who accused Matawalle of supplying vehicles to repentant bandits ‘disappeared’ following threats to his life.

A source said the former council boss started receiving calls and SMS messages from unknown persons threatening to kill him after his accusation.

“His life is in danger currently. They threatened to kill him within a week. Even his family members don’t know where he is hiding now and they’re searching for him everywhere. He has switched off his phone, so no way to connect him,” the source said.

Kanu to Govs: ban open grazing in S’east within 14 days