BRAKING: Nigeria voted against Israel in favor of terrorism… 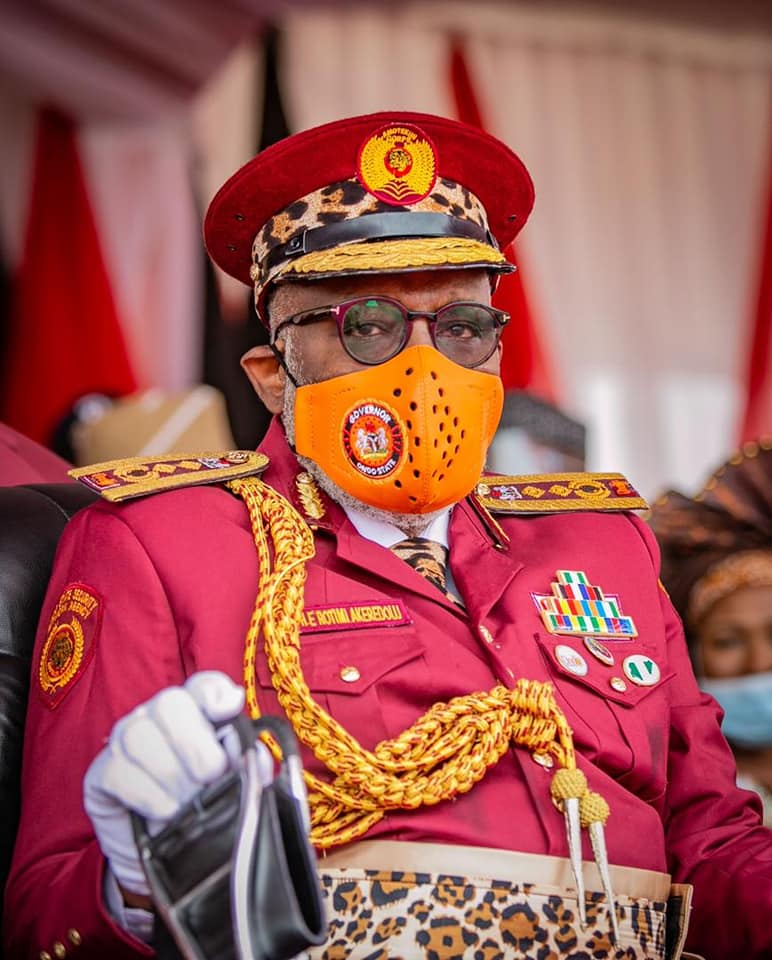 Rotimi Akeredolu, governor of Ondo State, on Tuesday, said that the Southwest regional security outfit, known as Amotekun Corps, is not in competition with the existing security agencies in the country.

Governor Akeredolu spoke on “Contemporary Security Challenges, Is the Amotekun Corps the Way Forward?” at this year’s Press Week of the Nigeria Union of Journalists (NUJ) Ondo State chapter in Akure.

Akeredolu, who was represented by his chief of staff, Gbenga Ale, explained that Amotekun was established to complement the efforts of the Nigerian security services to combat crime, adding that the primary strength of the security outfit is grassroots intelligence gathering, crime detection and prevention.

ALSO READ:  JUST IN MASSOB disagrees with IPOB, Says there must be elections in Biafra land

“Amotekun is our home-grown response to the escalating and unending incapacity of conventional state security apparatus to contain security threats to the lives and properties of our people,” he said.

“Amotekun is not in competition with the police, DSS, the military and other security agencies, neither is it an alternative to them. It is the Southwest governments’ affirmation of its belief in the idea of community policing.

“We believed the advantages far outweigh the disadvantages. Our recent experiences with Amotekun in Ondo State bear full testimony to this.

“As our government has been treating other security agencies, I wish to state clearly that the government will continue to accord the activities of Amotekun a high priority to assisting it in succeeding in its duties and responsibilities.”

Also speaking at the event, a Commandant of Amotekun Corps, Adetunji Adeleye, identified porous borders, youth unemployment, corruption, political thuggery, and unequal distribution of wealth as the root causes of insecurity in the country.

Adeleye said that the Amotekun is the solution to the existing security challenges that are currently bedevilling the region.

He pointed out that the organisation launched “Operation Clean Up” to help in tackling the issues of kidnapping, banditry, Fulani herdsmen in the state.

“The essence of the Operation Clean Up is to take the war to the abode of the criminals rather than embarrassing our state,” he added.

While pointing out that the security outfit needed support from various stakeholders, Adetunji said the corps had tackled over 100 hundred criminal cases relating to kidnapping and banditry.