JUST IN: Plot By INEC, Ikpeazu To Rig 2019 General Elections…

BREAKING: COVID-19, Buhari Lost A Relation To Coronavirus In…

BREAKING: Stop Calling For Restructuring, It Will Never Work… 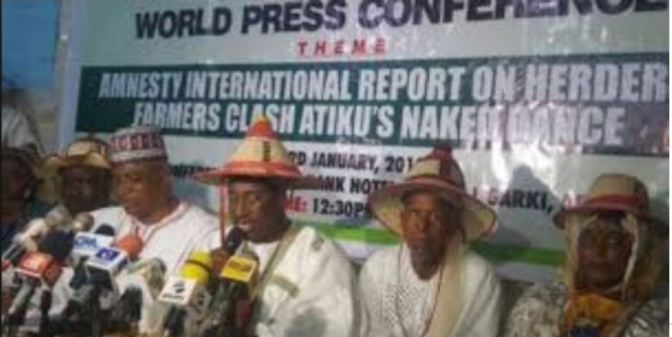 Linus Essien, The BYNL Chief of Staff in Cross River State issued the warning in a statement on Friday.

Essien also warned of a “danger” if Miyetti Allah does not stop the Fulani Militia operating in the South.”

He also called on Miyetti Allah to end violence across the South-East and South-South or “face reprisal actions because BNYL is ready to revolt against the Islamist extremists.”

Essien said: “The attacks will lead to reprisals if by 20 days the Miyetti Allah fails to withdraw the Militia operating in the South.

“We have been following the situations especially States bordering the north like Cross River, Delta, Enugu and Ebonyi are easily penetrated, and if something urgent is not done they will take total control of our land and even invade Bakassi to conquer us as a people”.

“We are giving Miyetti Allah members matching orders if after 20 days northern leaders fail to withdraw killer herders from the South-south and Southeast.

“We have reasons to warn, because very soon we will be branded as terrorist group and we will not mind that, because self-defense is not a crime, any decisive actions we take is backed up by genuine reasons”.

JUST IN: Nnamdi Kanu Blows Hot Over Killing Of Catholic Priest In Enugu