Army Shot Our Member In Ekwulobia, Label Him Top ESN… 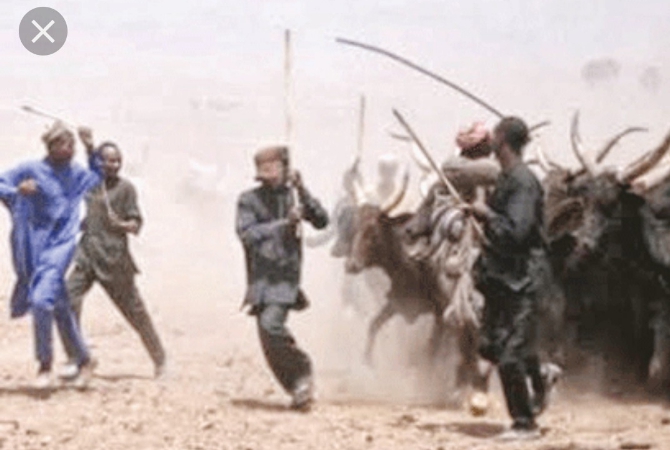 SaharaNews learnt that, Francis Ayagah, the chairman of the local government, has allegedly claimed that 16 people were killed in some villages in his council by some Fulani herdsmen on Saturday evening.

Mr. Yekini who spoke to our newsmen on the killing at a press news on Sunday (yesterday) in Makurdi also warned trouble makers who derive joy by fomenting violence in the State to desist or will be punished by the law.

The force commander said that seven names of trouble makers who were allegedly involved in the violence which led to the death of the deceased had been forwarded to OPWS by the council chairman of the area and would be handed to the police for arrest.

“It is obvious that some forces are bent on instigating violence in Benue State and they are armed too. I’m warning them to stop immediately or else, the arm of the law will catch up with them,” he warned.

Yekini, while corroborating the account of his unit commander overseeing the Gwer West axis, Flight Lieutenant, Abubakar Mohammed, explained that some armed men dressed in military uniforms had on Saturday killed innocent people and rustled cattle in Agabge area.

The force commander, who confirmed that those who were killed in the attack were innocent natives of the Agagbe community, added an investigation was ongoing to unravel the true identity of the attackers with a view to bringing them to book.

Earlier, the OPWS unit commander told newsmen that acting on a tip-off, he had led his patrol team to where some men (not his soldiers) in military uniform rustled cattle in the area.

Mohammed said his troops repelled the attackers and recovered three dead bodies which they brought to Naka town and later, another four bodies were recovered, bringing the number to seven.

But in a telephone chat with newsmen, the Gwer West Council boss, Ayaga, who insisted that 16 people were killed in the attack which he alleged was carried out by militia herdsmen.

Mr. Francis Ayagah gave the names of the affected villages under Agagbe community as Tse-Jagu, Tse-Tuma, Shaia, and other surrounding villages, posited that there was also suspicion about those involved in the killings.

“Names of suspects whom the police would interrogate has been forwarded to the Operation Whirl Stroke (OPWS),” Mr. Francis said.

BREAKING: IPOB Declares Stands On The Massively Rigged Elections, Outlines The Next Line Of Actions