‘If It Will Make Me Look Younger, I Will Eat Poop…

Why Nigerians should not trust PDP — Lawan 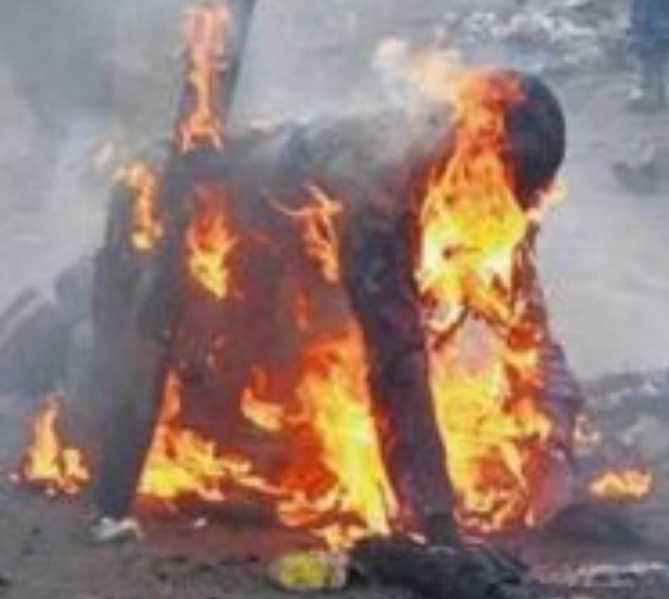 SAHARANEWS – The Police in Ebonyi are investigating the self-immolation of 37-year-old Chinedu Nweze over his inability to feed.

Nweze was rushed to the Alex Ekwueme Federal University Teaching Hospital, Abakaliki for treatment after he allegedly set himself ablaze beside a classroom block after tying his own legs at St. Patrick’s Primary School, Kpirikpiri, Abakaliki.

Lovett Odah, spokesman of the Police in Ebonyi, said the Command was investigating the incident to ascertain whether it was a suicide attempt or not.

Nweze, who hails from Umuogharu, Ezza North Local Government Area of the state, had complained to his neighbours of frustration and inability to feed himself a day before the incident.

“The Command dispatched an ambulance to the scene of the incident and took the man to hospital after it received a distress call from a member of the public,” Odah said.

“Police are currently carrying out investigation into the incident; but for now, we have very sketchy information about the incident and cannot confirm if the act was a suicide attempt or not.”

ALSO READ:  APC, PDP’ve nothing to offer in Osun – Kwankwanso