Unemployed youths the cause of terrorism and corruption in… 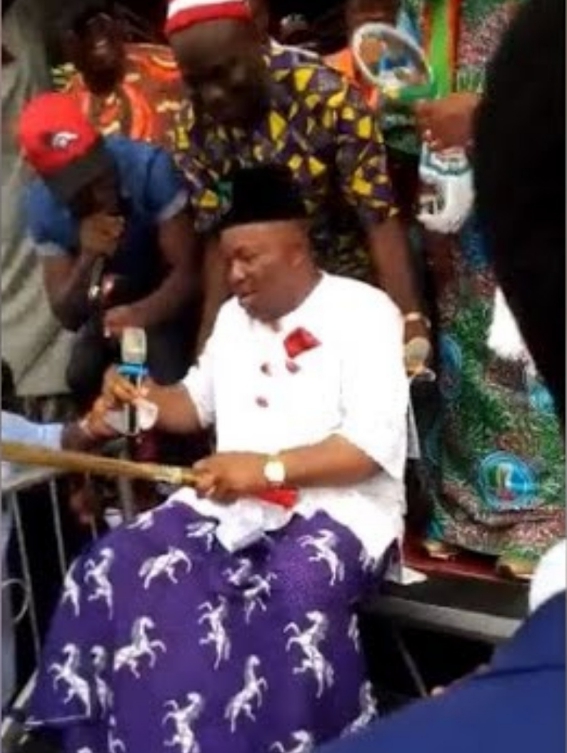 SAHARANEWS – There was mild drama yesterday after Sen. Godswill Akpabio was asked to vacate his seat for the National Chairman of All Progressive Congress, Adams Oshiomole, during the Tinubu’s Colloquium held in Abuja.

SaharaNews had reported that the event was held in yesterday in commemoration of the 67th birthday anniversary of National Leader of the All Progressives Congress (APC), Asiwaju Bola Tinubu.

SaharaNews gathered that the drama occurred when Oshiomole walked into the event with caucus members of the All Progressive Congress while the event was ongoing and one of the organisers walked to Akpabio and whispered few words into his ear, Akpabio though wearing countenance of discomfort rose from his seat, and was stranded without a seat for few minutes causing other personalities to mumur at the treatment meted on the hitherto respected Akpabio.

According to report, the development stirred side talks and brief unease around the hall as personalities who sat close to the scene mumur “uncommon dethronement”, expressing shock that Akpabio who until his defeat at the recently concluded National Assembly polls wielded tremendous influence in National politics and was highly esteemed and respected by even Political figures greater than Adams Oshiomole, could be asked to get up from his seat for Oshiomole.

The colloquium tagged, “Work For The People”, mainly featured celebration of the recent presidential poll in which the Independent National Electoral Commission (INEC) returned Buhari as winner.

WOW: Man Looks Happy As He Shows Off His Big “Cassava” – See Photo