PYTHON DANCE lll: Pray that no Biafran life is lost in this… 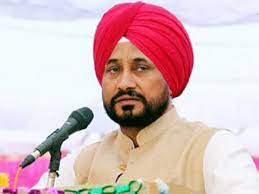 Congress MLA Charanjit Singh Channi is scheduled to accept vow as Punjab’s sixteenth Chief Minister on Monday at 11 am. The swearing-in function will be held in Chandigarh. Channi was collectively chosen as the Leader of the Congress Legislature Party of Punjab and is set to take over as next Chief Minister following Captain Amarinder Singh’s acquiescence. Singh on Saturday presented his acquiescence to state Governor Banwarilal Purohit, following a very long time of infighting among him and Punjab Pradesh Congress Committee (PPCC) boss Navjot Singh Sidhu.