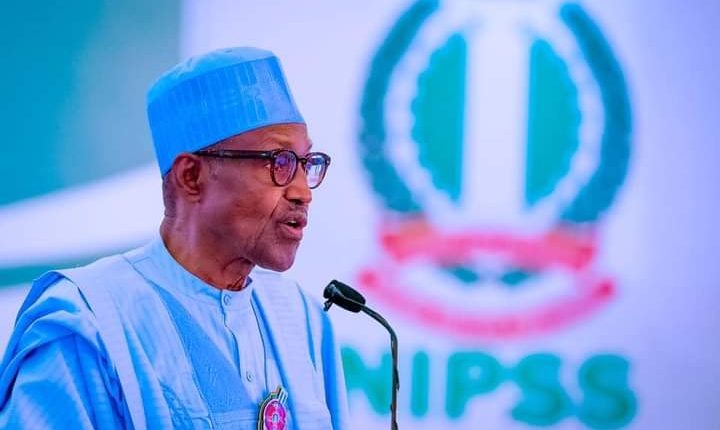 President Buhari, who was represented by Vice President Yemi Osinbajo, spoke in Abuja on Tuesday at the formal opening of the 4th General/Plenary Assembly of the Reunion of Episcopal Conference of West Africa (RECOWA).

At the event, which was themed ‘Fratelli Tutti: Path to Build Brotherhood and Sustainable Peace in West Africa’, President Buhari said some non-state actors were propagating genuine causes but with mindless violence, which often led to the destruction of lives and property.

Speaking with Christian leaders, he said, “So, the role of the church in this enterprise is settled. Indeed, the Catholic Church and the Bishops conference have established a reputation for speaking truth to power in consonance with the highest prophetic traditions and by continuing its illustrious practice of inspiring social action by the lay faithful.

ALSO READ:  Reps orders removal of checkpoints from Lagos and Abuja to southeast

“Over the years, the Church has modelled profound approaches in challenging the impunity of some state actors and errant power. But my Lords, I believe the times also call for speaking to the growing numbers of violent non-state actors, some propagating genuine causes but with mindless violence often leading to the destruction of lives and property.”

According to him, the conference can also supply a moral and spiritual consensus that undergirds the project of integration, which, by doing so, can make everyone can also look to the idea of the common good.

Buhari noted that the founding fathers of the Economic Community of West African States (ECOWAS) envisioned West Africa as a zone of free-flowing commerce and travel in which people would co-mingle and migrate freely, thereby overcoming the legacy of colonial barriers and rediscovering mutual affinities.

“In the decades since the establishment of ECOWAS, we have made considerable progress towards achieving the goal of integration. We agreed on and introduced the ECOWAS passport; we have protocols that allow us to go from one of our countries to the other and spend up to 90 days at a time,” he stated.

“We have the ECOWAS Trade Liberalization Scheme (ETLS) to promote economic relations within the sub-region, offering unhindered market access to the 15 member countries. But our goals of unity and integration have always been thwarted not just by concerns of individual sovereignty of our nations, but also by internal crisis and social conflicts in our nations and around the borders.”

Buhari lamented that the region was passing through a season of considerable political, economic and social turmoil, with terrorism and violent banditry afflicting many of the nations and especially in the Sahel.